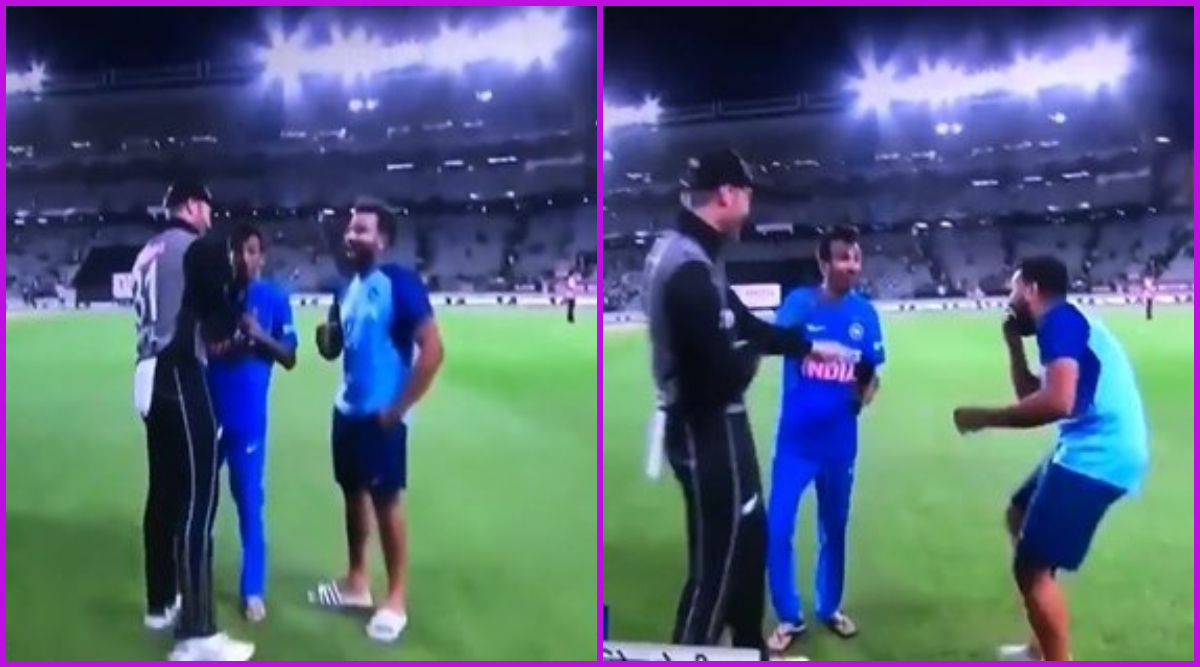 New Zealand opener Martin Guptill was caught on camera using a derogatory word for Indian spinner Yuzvendra Chahal, albeit in fun. Post-match, Chahal took over the mic from Jatin Sapru, official broadcaster's anchor, and tried to interview Guptill. The Kiwi cricketer was unaware that Chahal had a mic in his hand and greeted him with "hi ga**u". Rohit Sharma, who was talking to Guptill, burst into laughter. Chahal was quick to bring it to Guptill's notice that he was On Air. But by then, the damage was already done. India vs New Zealand 2nd T20I 2020 Stat Highlights: IND Register Consecutive Victories Against Kiwis for First Time in T20I History.

Chahal is known to host his famous segment Chahal TV, produced by BCCI, which often features post-match players' interviews. So, the spinner is quite good at facing the camera. Chahal had no idea what's in store when he took over from Sapru.

The video of Guptill using "Ga**hu" word for Chahal was soon shared on Facebook and Twitter by social media users. The video is now all over Internet and his apparently gone viral. India Beat New Zealand by 7 Wickets in 2nd T20I, Netizens Hail Clinical Performance by the Men in Blue.

India registered second win in the five-match series and now lead it by 2-0. Set a paltry target of 133, India achieved it in 17.3 overs with opening batsman KL Rahul scoring an unbeaten 57 off 50 balls. Apart from Rahul, Shreyas Iyer chipped in with 44 runs.