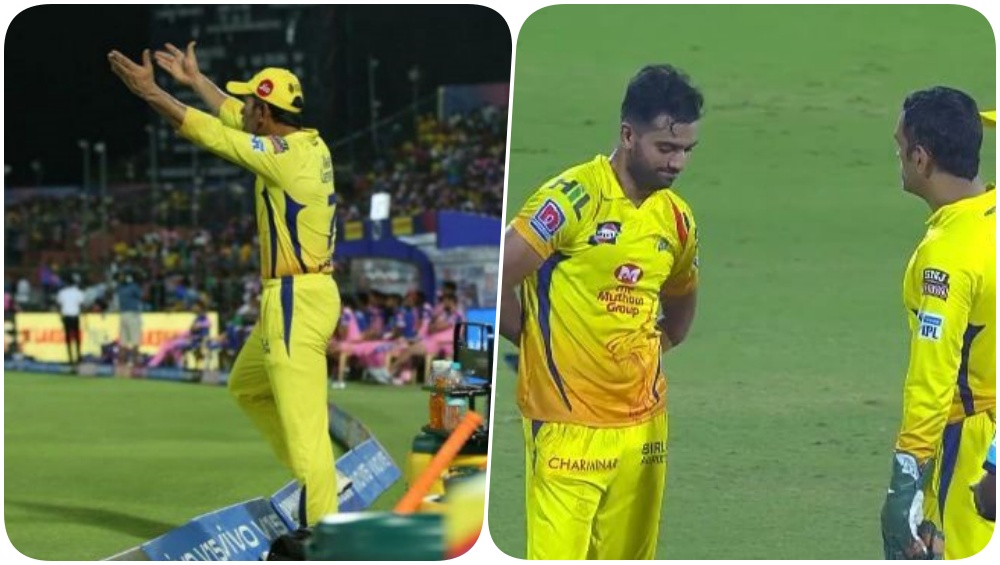 MS Dhoni has been one of the coolest players in Indian cricket history. There have been many instances when the former Indian wicket-keeper MS Dhoni has single-handedly won matches in the toughest of moments. However, there have been times that things have not gone down well with the former Indian captain and he has reacted without mincing words. The players at the receiving end have no other option than to keep mum. Whether it is scolding Khaleel Ahmed for walking on the pitch or shoving the Bangladeshi player Mustafizur Rahman are a few instances when he has lost his cool and has never shied away from showing his resentment. Check out five instances when MS Dhoni lost his calm. Captain MS Dhoni Threatens Kuldeep Yadav; Says, ‘Bowler Change Karein?’ During Asia Cup 2018 Match Against Afghanistan (Watch Video).

Abusing Khaleel Ahmed to Walk on the Pitch:

Now, this incident happened quite recently in January 2019, when MS Dhoni lost his cool as Khaleel Ahmed when he came to give to serve drinks during India vs Australia 2nd ODI 2019 and while doing so, he walked on the pitch. This surely did not go down well with the former Indian captain and he abused the Indian pacer.

MS Dhoni shoved away Mustafizur Raham as he obstructed former India captain’s way as he was running to take a single. Little did he know that MS Dhoni would give it back to him in this manner.

Here was another instance when MS Dhoni during Rajasthan Royals vs Chennai Super Kings, IPL 2019 when lost his cool when the umpires withdrew his no-ball call. This did not go down well with CSK captain and he was seated in the dugout. Dhoni walked out in the middle and started arguing with the umpires. You can watch the whole incident here. 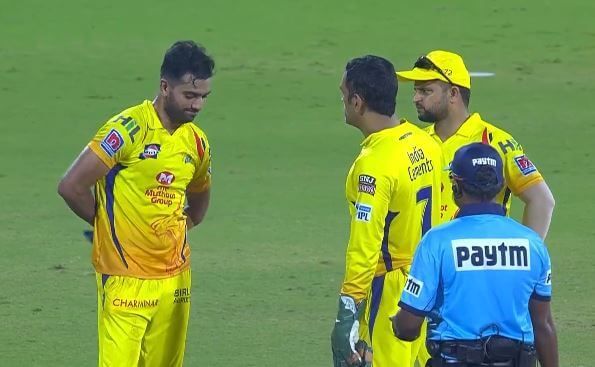 This time it was Deepak Chahar who was at the receiving end during the match against Kings XI Punjab and Chennai Super Kings, IPL 2019. Deepak had bowled a couple of two continuous no balls which gave away easy runs for Kings XI Punjab. The KXIP needed 39 runs to get off the last two overs and Chahar was bowling his 19th over. Chahar once again bowled his first ball was a high full toss way outside the off-stump which ran away for a boundary and the next ball, another high full toss was lifted for a couple of runs. This did not go down well with Dhoni and he came out to yell at Chahar.

During India vs Afghanistan, Asia Cup 2018 Kuldeep Yadav suggested a change in the field. However, this did not go down well with Dhoni. Little did Yadav know what was coming and Dhoni in his style threatened the youngster by saying, “Bowling karega ya bowler change karein?” With these words, Kuldeep Yadav got back to business.

As of now, MS Dhoni is rearing to go for the upcoming season of the IPL 2020 which has been brought to a halt due to the menace of coronavirus. The fans and the cricketers are also eager to watch MS Dhoni in action once again.