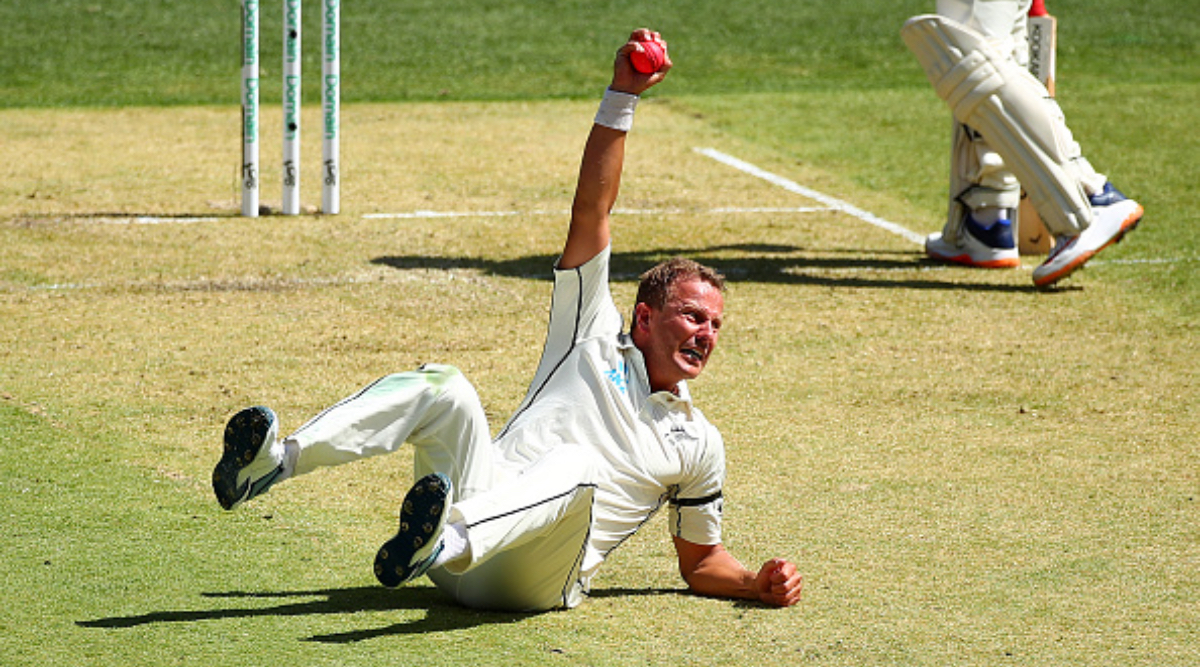 On the day one of the Australia vs New Zealand 1st Test, Kiwi pacer Neil Wagner took a superb catch to dismiss dangerous David Warner. The left-handed batsman was once again looking in solid touch and was batting on 43 when Wagner in his followthrough took a one-handed blinder. It was a much-needed breakthrough for New Zealand.  Australia Vs New Zealand, Live Cricket Score 1st Test Match.

Wagner, in his second spell, bowled an over-pitched delivery outside off as Warner toe-ended it back to the bowler. Wagner dived to his right side and stretched his hand to complete the stunning catch. Warner faced 74 balls in the first innings and smashed four fours in the process.

Earlier, Australia won the toss and opted to bat first. Colin de Grandhomme provided Kiwis with an early breakthrough by removing Joe Burns. Unfortunately for Australia, Burns, who did not opt for review, was adjudged lbw wrongly as HawkEye later confirmed that the ball was missing leg stump. At the fall of Burns’ wicket, Australia were 40 for one. Australia vs New Zealand, 1st Test Match 2019 Day 1 Live Streaming on Sony Liv: How to Watch Free Live Telecast of AUS vs NZ Day-Night Test on TV & Online in India.

At lunch, on day one Australia were 76 for two with Marnus Labuschagne and Steve Smith at the crease. The duo then made sure Australia did not lose further wicket and at the time of filing this story, had added 65 runs for the third wicket. Labuschagne, who struck his Test career’s sixth half-century, was batting on 59 while Smith was on 20.