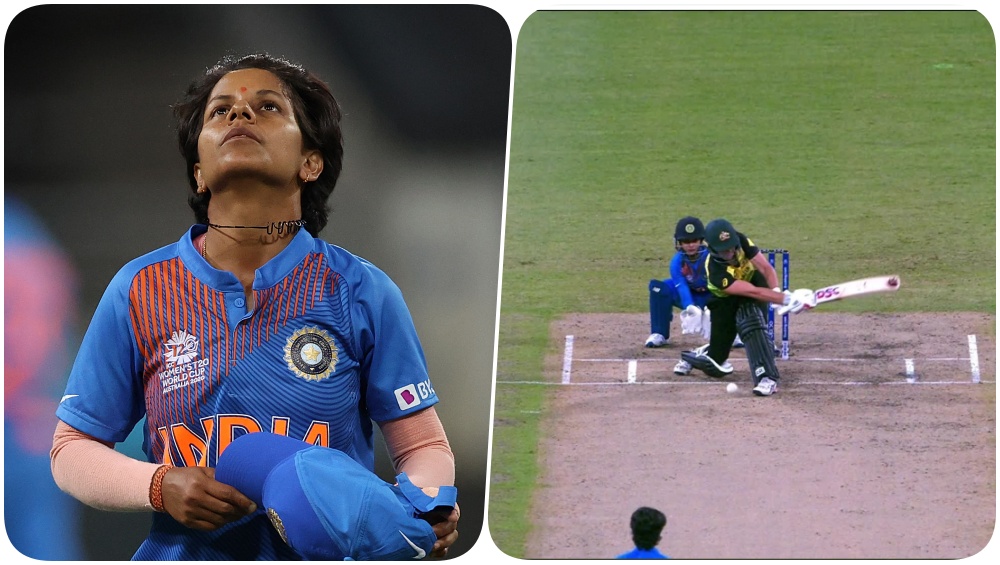 The first match of the ICC Women’s T20 World Cup 2020 between India and Australia was no less than a nail-biting thriller. The viewers and players sat on the edge of the seat as the results were swinging like a pendulum at the Spotless Stadium in Sydney. But in the end, it was the Women in Blue who won the game by 17 runs. Poonam Yadav was blazing guns as he snapped four wickets in the match and missed a five-wicket haul courtesy a goof up. Yadav bowled a ball a double bouncer during the 18th over the match. Poonam Yadav Shines As India Defeat Australia By 17 Runs in Opening Match of ICC Women’s T20 World Cup 2020.

So here’s what happened during the third ball of the seventeenth over. Ashleigh Gardner was facing Yadav and the delivery disturbed the furniture. The Indian women started celebrating the wicket but the replayed showed the ball had a double bounce and then turned in. The ball was adjudged as a no-ball and was given a free-hit. Now let’s have a look at the video which went viral on social media.

Wicket but was given a No ball Instead.

We've seen it all! Ashleigh Gardner is bowled but gets a reprieve because it bounced twice

📺 Watch the #T20WorldCup on #FoxCricket

Talking about Poonam Yadav, she made a comeback from an injury and obviously became the talk of the town with her performance. Poonam ended the game by snapping four wickets and 19 runs.