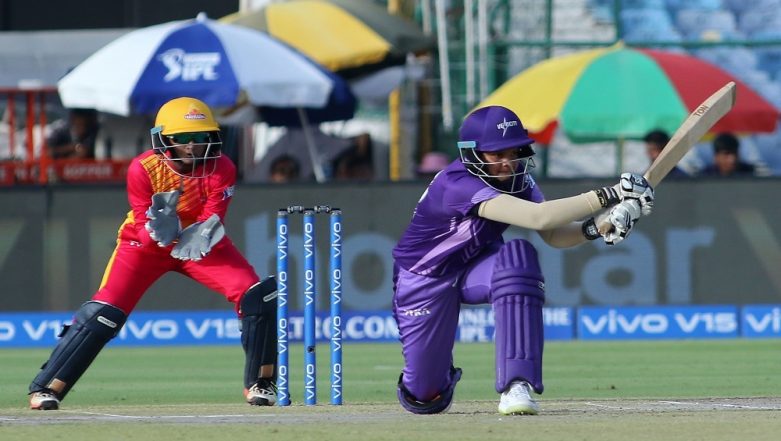 Jaipur, May 8: At 15 years, Shafali Verma made the most of her opportunity with a promising knock in Velocity's three-wicket win over Trailblazers in the Women's T20 Challenge here on Wednesday. Later, Verma said she was unperturbed by the enormity of the stage and was happy to help the team register a win.

Chasing a paltry 113 for victory, Verma made the most of a reprieve -- she was dropped on a duck by Sophie Ecclestone -- to score 34 off 31 balls. "I wasn't nervous. I enjoyed my batting. I wanted to make a good contribution to my team. My association and my father have shaped me as a batter," she said after the match. 15-Year-Old Shafali Verma Shines On Women’s T20 Challenge Debut for Velocity vs Trailblazers, Watch Video Highlights of Her Knock.

The Haryana girl made most of her second life by unleashing a flurry of strokes and was particularly severe against Rajeshwari Gayakwad and Shakera Selman. Asked about her favourite player, the teen replied, "Sachin Tendulkar is my favourite player and role model."

Verma was dismissed going for one shot too many when she holed out to the point fielder off Harleen Deol's bowling. In February this year, Verma smashed 128 off ust 56 balls, the third highest score in women's T20, for Haryana against Nagaland in the Indian Senior T20 competition.