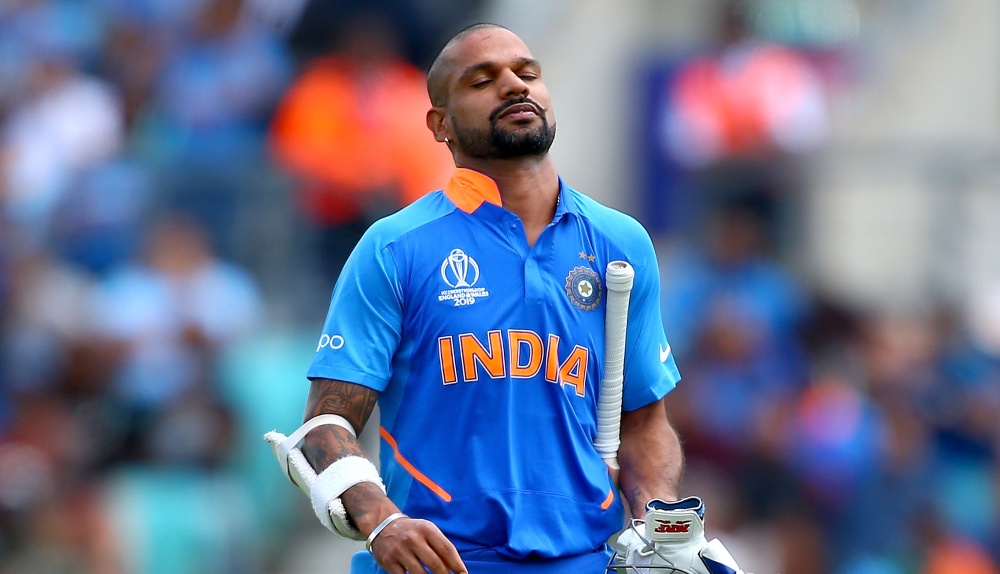 Indian opener Shikhar Dhawan could not feature in Team India’s upcoming tour of New Zealand as according to reports the left-handed batsman will not be travelling with the squad. India will play the Black Caps in a full-fledged series comprising of 5 T20Is, three ODIs and two Tests. This is a month-long tour, starting with the T2OI series from January 24, 2020 (Friday) and will conclude with a final Test match starting from February 29, 2020. Shikhar Dhawan suffered a shoulder injury while fielding during the 3rd ODI clash against Australia on Sunday. Jasprit Bumrah Shares Picture With Team Ahead of India’s Departure for New Zealand T20I Series (See Post).

According to a report from Mumbai Mirror, Shikhar Dhawan will not be travelling with team India to New Zealand due to an injury he sustained during the series decider against Australia at the M Chinnaswami Stadium in Bengaluru. This incident occurred in the fifth over of the game when the 34-year-old dived in the cover regions to save a shot from Aaron Finch. The opener was in tremendous pain and was taken off the field immediately. The southpaw was unable to take part in the rest of the game and Yuzvendra Chalal replaced him on the field. While KL Rahul took his spot and opened the batting for India along with Rohit Sharma. Dhawan was also seen wearing a bandage on his left shoulder in the dressing room as he watched India chase down the total. India vs New Zealand 2020 Schedule in IST, Free PDF Download.

According to the report from the newspaper, X-Ray and scan reports were not encouraging and a replacement for the left-handed batsman is being considered. Prithvi Shaw, who scored a 150 against New Zealand XI in a practice match could be considered as a player who could take Dhawan’s place in the Indian team. In the previous year, Dhawan has suffered a lot of injuries which saw him rule out of countless series and the southpaw also missed the latter half of the 2019 World Cup.