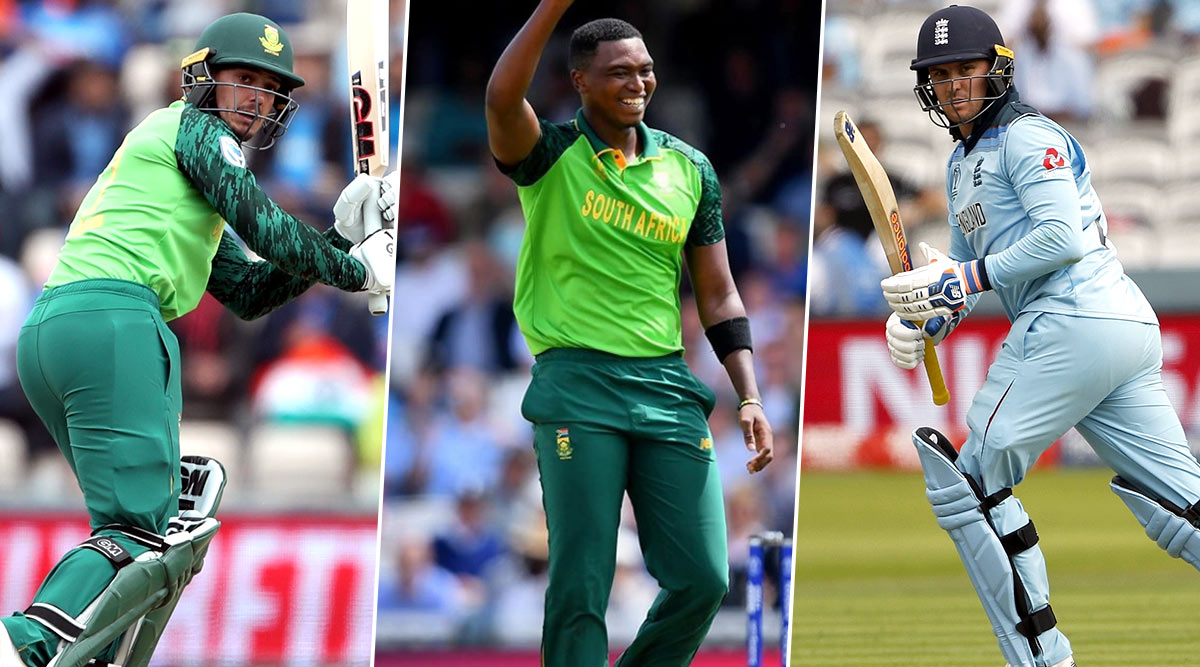 South Africa will hope to seal the three-match T20I series with a win over England in the 2nd T20I encounter at Durban. South Africa vs England 2nd T20I match will be played at the Kingsmead Stadium in Durban on February 14, 2020 (Friday). South Africa currently leads the three-match T20I series 1-0 following their 1-run victory in the 1st T20I match. Lungi Ngidi’s final over brilliance – he had to defend 5 runs – helped South Africa to a win the 1st T20I game and they will hope they clinch the series at Durban. Meanwhile, fans searching for all the tips and team suggestions to pick the best Dream11 Team make a right prediction for the SA vs ENG 2nd T20I match, please scroll down for all information. South Africa Vs England, Cricket Score 2nd T20I Match.

Jose Buttler is leading the England team in the T20I series against South Africa with regular captain Eoin Morgan taking a break from captaincy before the 2020 ICC T20 World Cup in Australia later this year. Morgan is, however, playing the three-match T20I series and will be eager to take England over the line after failing to do so at Buffalo Park despite hitting a half-century. A late batting collapse – only the top four reached double figures – saw England fall 1 run short in their 178-run chase after being comfortably placed at 132/3 at one stage with six overs remaining.

South Africa vs England – Dream11 Team Prediction – Wicket-Keepers: This current England team have never been short of wicket-keepers with Jos Buttler (ENG) and Jonny Bairstow (ENG) in their ranks. Add South Africa gloves man Quinton de Kock (SA) to the list. None can be dropped. They are all match-winners.

South Africa vs England– Dream11 Team Prediction – Batsmen: Jason Roy (ENG) has been in terrific form and should be picked. Eoin Morgan (ENG) hit a half-century in the last game and Temba Bavuma (SA) is South Africa’s next best batsman after De Kock.

South Africa vs England– Dream11 Team Prediction: All-rounders:  Both teams have all-rounders in plenty but very few have been in good form. We will go with two all-rounders for this fantasy team. Jon-Jon Smuts (SA) and Andile Phehlukwayo (SA) will be the two all-rounders.

South Africa vs England– Dream11 Team Prediction: Bowlers: Chris Jordan (ENG) is England’s best available T20I bowler and should be selected. Lungi Ngidi (SA) has gone for runs in the opening runs and won matches in the death. The third bowler will be Beuran Hendricks (SA), who beats Dale Steyn.