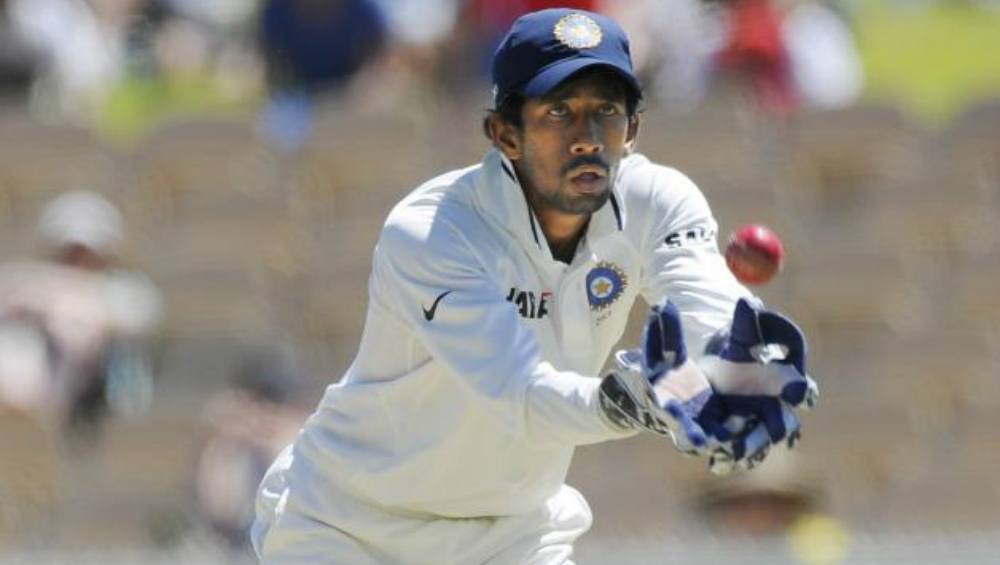 Another feather was added to Wriddiman Saha’s hat when he took the catch of Shadman Islam in the historic India vs Bangladesh Day-Night Test in Kolkata. The wicket-keeper reached the landmark of 100 dismissals in the longest format of the game and that too in front of his home crowd. Saha, who is playing his 36th match, started the match on 99 dismissals and didn’t take long in reaching the milestone. His 100 dismissals consist of 89 catches and 11 stumpings behind the stumps. Pacers or spinners, the Bengal born cricketer is exceptional against both and has taken many jaw-dropping catches in his career. India Vs Bangladesh, Cricket Score 2nd Test Match.

Saha made his Test debut way back in February 2010 but became a regular of the team only when MS Dhoni announced retirement from the longest format of the game in 2015. Since then, the veteran has been the first-choice wicket-keeper of the side and is still going strong. Saha is also a handy batsman down the order and has played some crucial knocks for his side. The right-handed batsman has aggregated 1209 runs in 48 Test innings which comprises three centuries. India vs Bangladesh 1st Test 2019, Toss Report & Playing XI Update: Mominul Haque Wins the Toss, Elects to Bat First.

Talking about the ongoing India vs Bangladesh Day-Night Test, the visitors won the toss and elected to bat first. Al Amin Hossain and Nayeem Hasanin were the two changes in the Bangladeshi side while the hosts named an unchanged eleven. Indian bowlers made ideal use of the new pink cherry and took wickets upfront. The onus of bringing the innings back on track is again on the middle-order while the Indian bowlers will want to capitalize on the start and wrap up the visitors as soon as possible.