Cristiano Ronaldo in Barcelona Jersey: Fan-Made Images & HD Wallpapers of the Portuguese Superstar in Red and Blue Will Leave You in Splits! 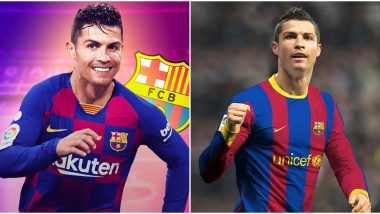 Fan-Made Images and HD Wallpapers of Cristiano Ronaldo in Barcelona Jersey: Cristiano Ronaldo is once again in the transfer market. The Portuguese superstar is reportedly looking to join a new club after failing to make a mark in Europe with Juventus. He has won successive Serie A titles in his time at the club but has fared poorly in Europe. In his two seasons in Italy, Juventus have been knocked out of the Champions League from the quarter-finals and the round of 16 stage. Those disappointments have sparked transfer rumours and Ronaldo has reportedly been offered to Barcelona to help Juventus reduce their huge bill. Ronaldo partnering Lionel Messi at Barcelona have already got fans excited. Many have already begun searching for Cristiano Ronaldo pictures and HD images in Barcelona shirt for mobile wallpapers, screen savers or desktop background wallpapers. Here you can find all the latest Cristiano Ronaldo HD images and pictures in Barcelona jersey. Cristiano Ronaldo to Barcelona Transfer News Latest Update: Juventus Star Offered to Spanish Club to Reduce Massive Wage Bill.

Ronaldo moving to Barcelona and joining Lionel Messi will be a dream for every football fan and a nightmare for the opposition. To watch two of the greatest footballers of this generation play alongside each other for the same club will be a sight to watch and a memory to preserve for the next generation. Cristiano Ronaldo’s apparent transfer to Barcelona is not just a rumour but has been confirmed by top football journalist Guillem Balague. Cristiano Ronaldo Transfer News: From Barcelona to Manchester United, List of Clubs Portuguese Star Has Been Linked to Since Juventus’ UCL Elimination.

Imagine Ronaldo on the right and Messi on the left along with Luis Suarez or Lautaro Martinez. They will be a free combination for any side. Many die-hard Ronaldo and Messi fans already have both the players in the same team in their FIFA or EA Sports football video games but imagine the sight of getting to watch both players play for the same team in reality. While the transfer still looks far from a possibility, fans are already excited and have already started searching for Ronaldo picture in Barcelona jersey. Some have even already made custom jerseys and mobile wallpaper of Ronaldo in Barcelona shirt. 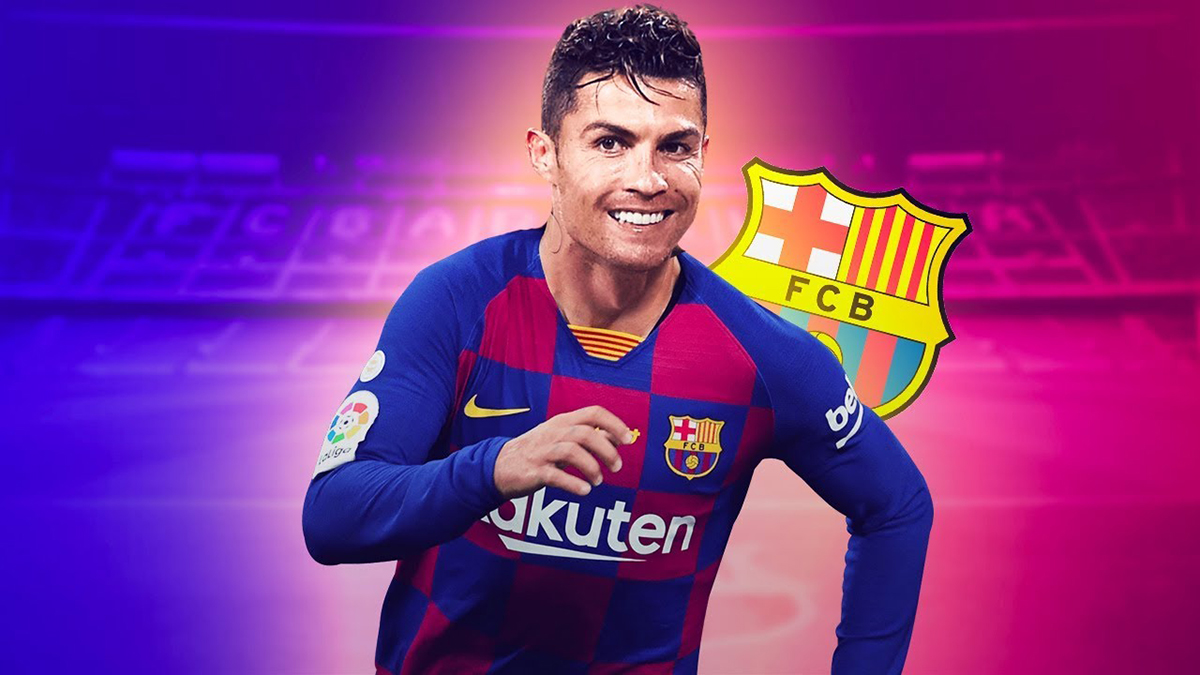 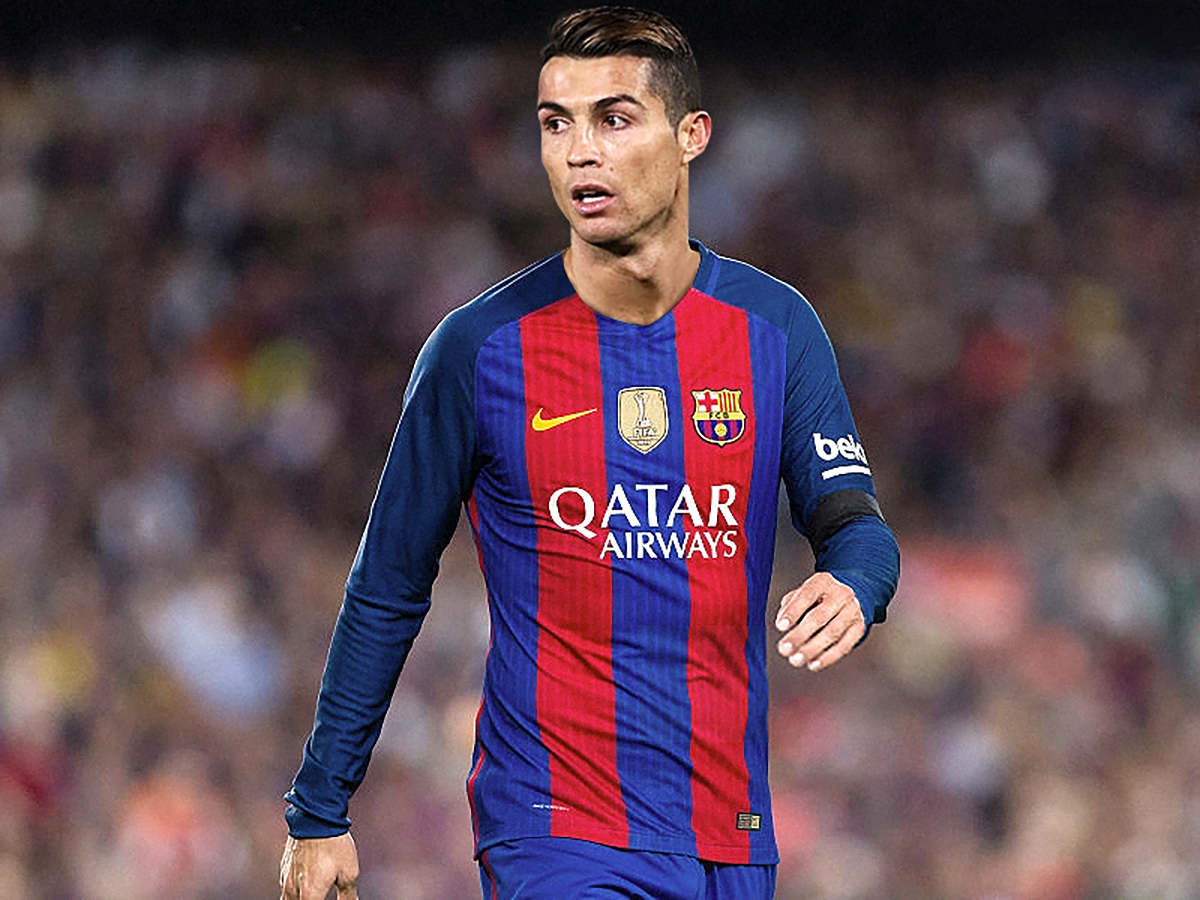 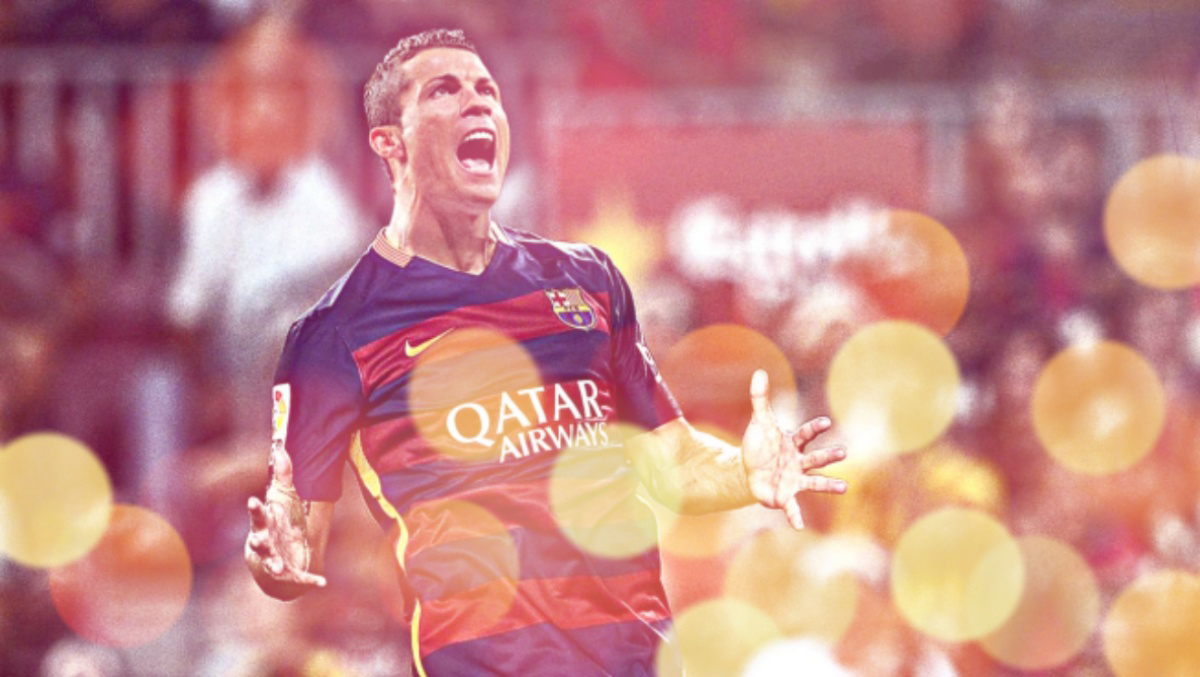 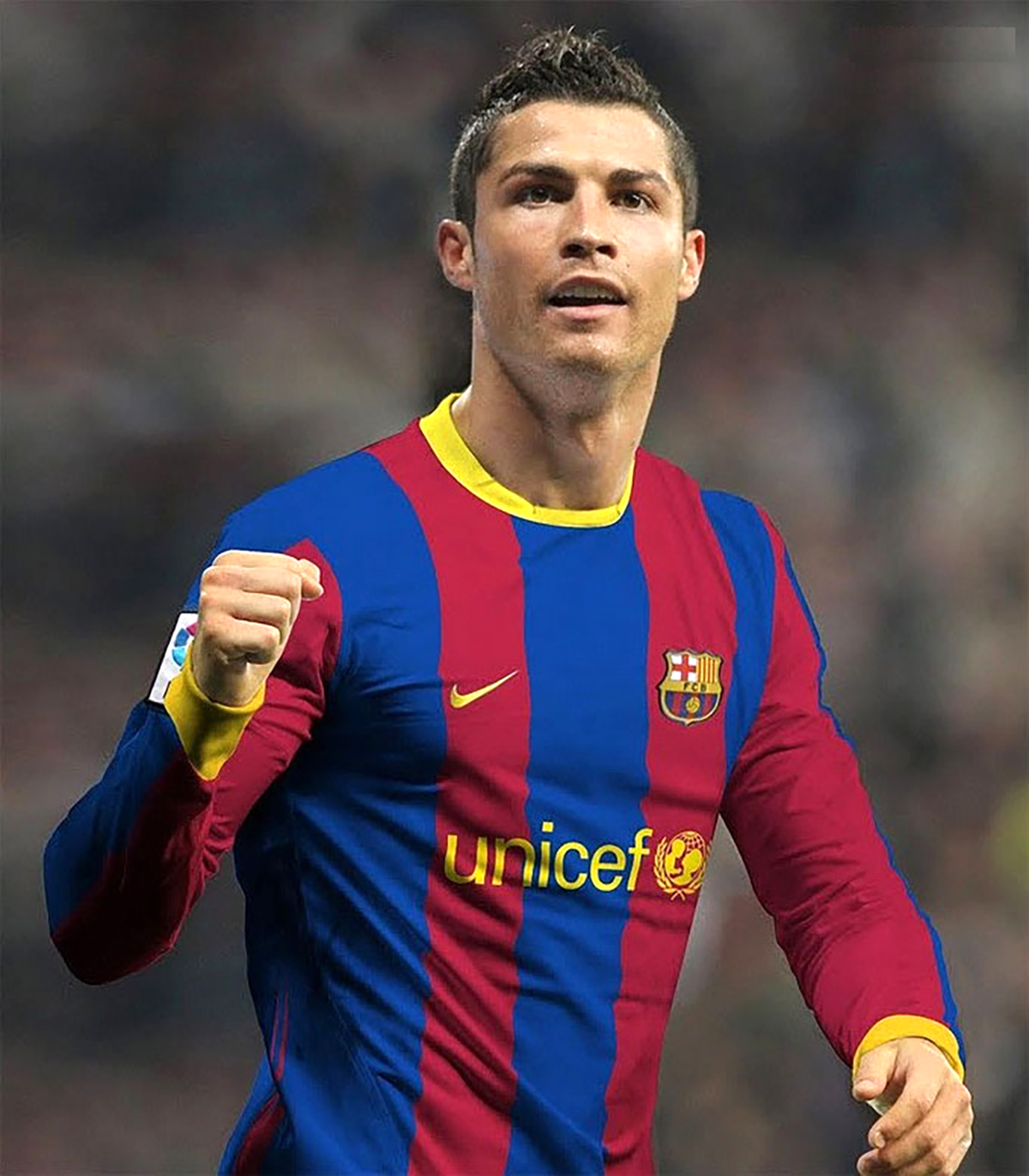 It is no secret that Barcelona are looking for a left-sided forward and have been chasing Neymar hoping to bring the Brazilian back to Camp Nou. But fighting PSG with money is impossible. PSG’s Qatari owners have refused to sell Neymar or Kylian Mbappe for any transfer fee.

(The above story first appeared on LatestLY on Aug 13, 2020 03:54 PM IST. For more news and updates on politics, world, sports, entertainment and lifestyle, log on to our website latestly.com).