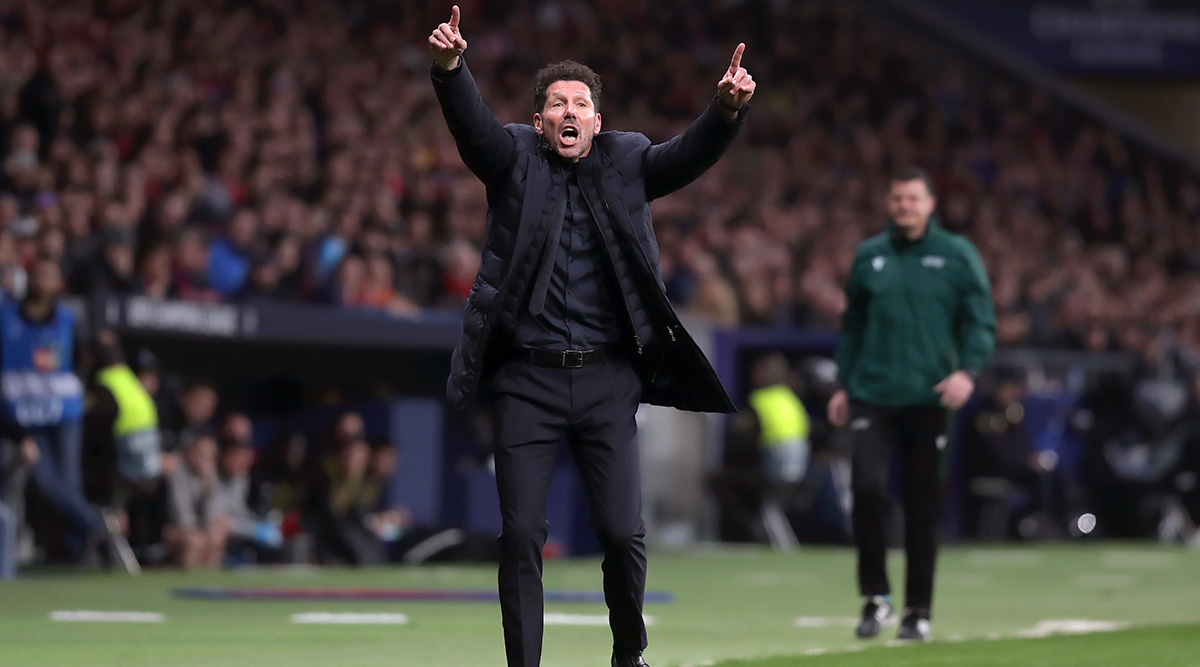 Atletico Madrid defeated Liverpool 1-0 in the first leg of the UEFA Champions League 2019-20 Round of 16 clash at the Wanda Metropolitano. This was a classic performance form Diego Simeone’s men as they handed the Reds their first defeat of 2020. Liverpool are unbeaten in the Premier League so far, drawing just one of their 26 matches – which was against Manchester United in October last year. But Simeone found a way to get the better of the English giants and fans around the world could not help but praise the tactical masterclass by the Atletico Manager. Atletico Madrid 1–0 Liverpool, UEFA Champions League 2019–20: Diego Simeone’s Men Hand Reds Their First Defeat of 2020.

Liverpool succumbed just to their third defeat of the campaign against Atletico as they lost the game by a single goal margin. Saul Niguez opened the scoring in the fourth minute as the Reds defence was breached for the first time in four games. After getting the lead, Atletico sat back and made it difficult for Liverpool to get a clear opportunity on the goal as the Premier League side could not manage even a single shot on target. Liverpool had 73 per cent possession in the game but was unable to break down a resolute Atletico Madrid.

Liverpool did not get a, single shot on target against Atletico despite having 70% possession. A Diego Simeone defensive masterclass. #ATLLIV

They Are Not Barcelona

This performance by Atletico Madrid was made even more impressive with the stat of the Spanish side not losing a single match at home in the Champions League knockout stages under Diego Simeone. With being the only team to beat Liverpool in 2020, Atletico were also the first side to stop the Reds from scoring in 34 matches.

Saul scores 5mins into the game

Credit to Simeone for being shit all season but stepping up when it matters. #ATMLIV

Liverpool have a tough task in front of them when the two teams meet again in the second leg in March. Jurgen Klopp and his men will take confidence from their previous meeting with a Spanish side at Anfield where they thrashed Barcelona 4-0 in the semi-finals last season. Simeone, on the other hand, needs to see this tie through if he wants to win the elusive trophy with Atletico Madrid.