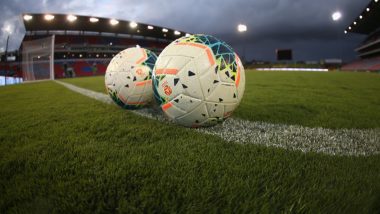 Stadiums must not exceed a third of capacity and there will be a limit of one supporter for every four square meters, according to the ruling published in Rio's official gazette.

In addition, clubs have been given permission to use all of their training facilities except saunas, swimming pools and hot tubs. Rio de Janeiro's state championship resumed on June 18 after a three-month hiatus because of the coronavirus pandemic.

The competition was again suspended two days later to allow teams to implement sanitary protocols. It is scheduled to restart on Sunday, with four matches scheduled as part of matchday 17. Brazil has 1.3 million coronavirus cases, more than 57,000 of which have been fatal.

Earlier it was announced by the Brazilian Football Confederation that the country's top flight Serie A championship will start in early August pending the approval of state and municipal health officials.

CBF bosses and club representatives have set a tentative target of August 9 to begin the top flight season, which had been due to commence in May before the coronavirus pandemic struck. The Serie B is slated to start on August 8.

"The decision was taken on Thursday night in a meeting convened by the CBF together with the National Commission of Clubs with the participation of 40 clubs in the (first) two divisions," the entity said in a statement.

(The above story first appeared on LatestLY on Jun 28, 2020 02:50 PM IST. For more news and updates on politics, world, sports, entertainment and lifestyle, log on to our website latestly.com).