Happy Birthday Ronaldinho: Here's A Look at Top Goals by The Brazilian Legend 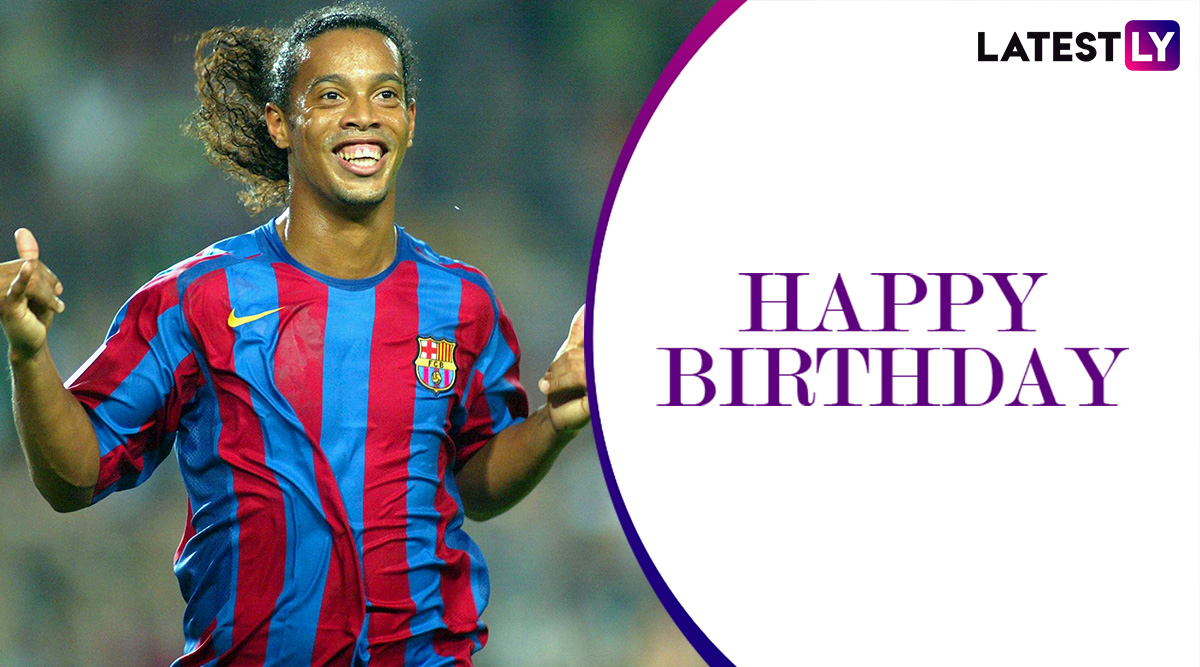 Former PSG, Barcelona, AC Milan and Brazil star Ronaldinho celebrates his 40th birthday on the 21st of March (Saturday). The midfield maestro holds a special place in the hearts of the fans for his footballing abilities and is widely regarded as one of the greatest players in the game. During his playing career, he won the FIFA World Cup, the Confederations Cup, the Champions League to go with league titles in Spain and Italy. Winning the FIFA Best Player award twice is also one of the highs, the Brazilian saw when at peak. Sadly, it has been a bit downhill ever since he retired with him currently being lodged in the Paraguayan jail in a fake passport scandal. Ronaldinho Scores Multiple Goals During Paraguayan Prison Tournament (Watch Video).

On his birthday, we roll back time to take a look at some of his best goals.

Few players in the game can curl a strike like Ronaldinho in his prime and this goal against Levski Sofia for Barcelona in the Champions League is an example of that. He bent the ball from the edge of the box leaving the goalkeeper with no chance.

Ronaldinho’s goal against Chelsea at the Stamford Bridge is one of his kind as it involved minimal backlift and movement of the legs. With two defenders converging, s simple toe poke saw Petr Cech beaten to the disbelief of the entire stadium.

Ronaldinho played some of his best football at Barcelona where he was more of a floater in midfield. Against Sevilla in 2003 when he was a new import, he made a trademark run with a rocket of a strike that found the top corner. The ball swerved and dipped in the air before finding the back of the net.

Teed up by Andrea Pirlo some 30 yards away from the goal, Brazil sensation Ronaldinho unleashed a long-range pile driver with the ball rising and fining the corner before the players could blink an eye.

Probably his most important goal in a Brazil shirt, Roandinho’s long-range free-kick that beat David Seaman in goal is forever etched in the minds of fans. The goal helped the Samba boy progress at the expense of the Three Lions and eventually lift the cup.

Ronaldinho is a footballing great whose tales will enthral footballing circles for years to come.