Luke Shaw Recalls Intense Training Sessions With Zlatan Ibrahimovic, Says ‘If You’re in His Team and You Lose, You’re Dead.’ 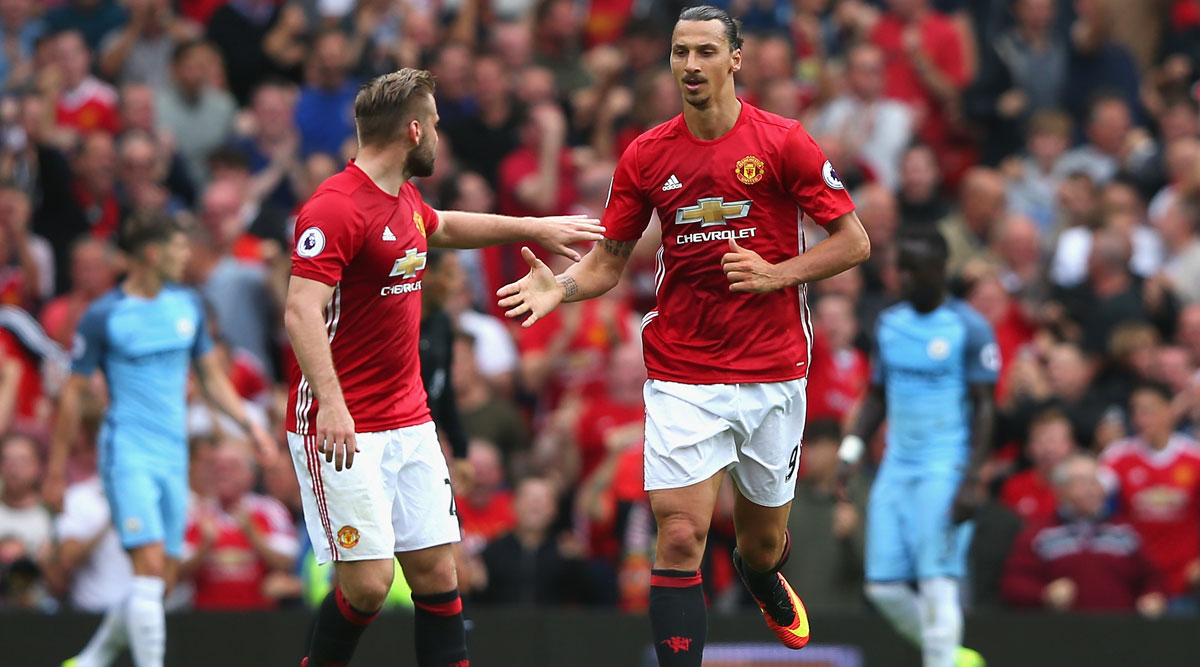 Manchester United defender Luke Shaw has recalled intense training sessions with former striker Zlatan Ibrahimovic and stated that he brought the best out of everyone. The former Sweden international joined the record English champions in 2016 and played for them until 2018. He had a brilliant spell at the Premier League cup where he won his first major European honour when United defeated Ajax in the finals of the Europa League. He scored 28 goals in his first season with the Red Devils. Zlatan Ibrahimovic Urges Paul Pogba to Watch & Learn as AC Milan Striker Exhibits Crazy Football Skills.

Luke Shaw revealed that Ibrahimovic didn’t let them slack off even during practice sessions and said that he ready to absolutely kill anyone who didn’t pull their weight on the training pitches. However, Shaw insisted that he was a great influence in the dressing room due to his winner’s mentality. Zlatan Ibrahimovic’s Future at AC Milan Remains Uncertain.

During the Combat Corona FIFA Twitch tournament, Luke Shaw said ‘He was mad. I think he was what we needed in the dressing room, He’s unbelievable, he still had the talent and even though he was a bit older he was still the amazing player that he had been.’

‘I think he was a born winner. Even in little training games, if he didn’t win and you were on his team he would absolutely kill you. So I think he got the best out of everyone when he was there, as in training-wise, because people couldn’t sort of [slack] off because if you’re on his team and you lose, you’re dead.’ Shaw added.

After an injury-hit second season, Ibrahimovic left United for LA Galaxy in March 2018. The Swede had a successful spell in the USA and then returned back to AC Milan on a loan deal in January 2020. But there are rumours that the former Sweden international might be thinking of leaving the club at the end of the season as he is unhappy with the hierarchy.