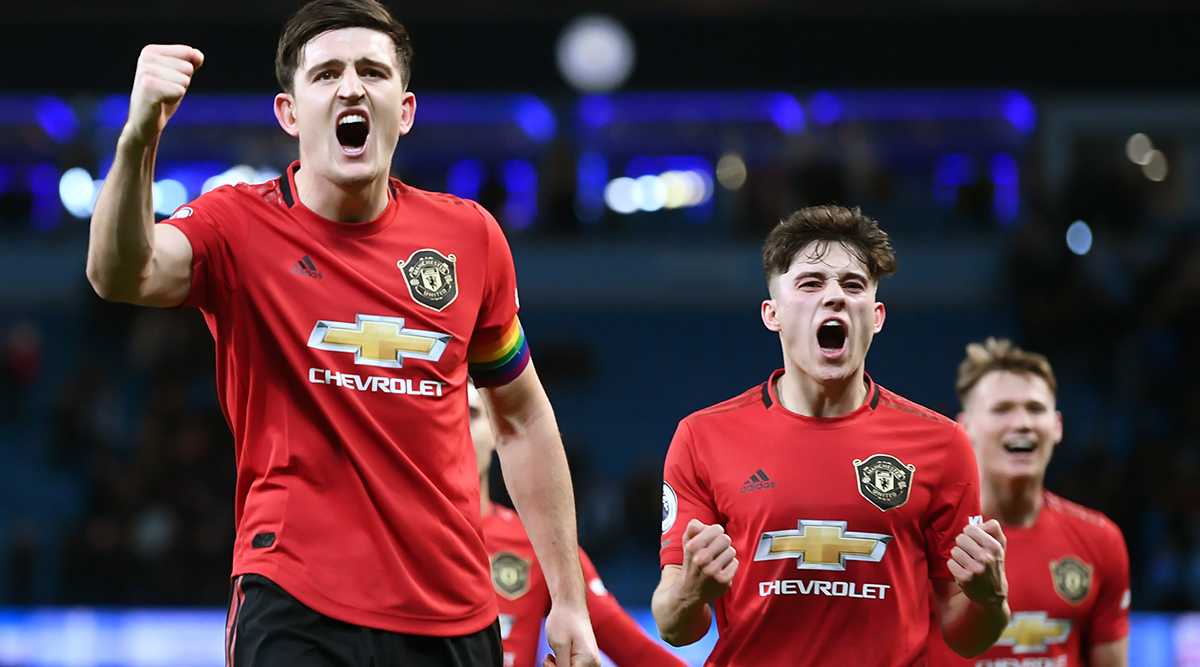 Manchester United vs AZ Alkmaar, UEFA Europa League Live Streaming Online and TV Telecast Details: Manchester United host AZ Alkmaar in the UEFA Europa League with the aim of finishing top in Group L. The English giants who recently beat Tottenham Hotspur and Manchester City in the league currently have 10 points in 5 games. AZ Alkmaar are a point below them at second which makes this game a winner takes all affair. The Red Devils have had a poor season so far but two morale-boosting wins has lifted the pressure off Ole Gunnar Solskjaer a bit. With AZ Alkmaar troubling the Red Devils in the reverse fixture, the visitors will be confident of getting a win at Old Trafford. Meanwhile, those searching for the live telecast, online live streaming and live score updates for MUN vs ALK Group L Europa League 2019-20 encounter, please scroll down. Paul Pogba Transfer to Real Madrid News Update: 5 Reasons Why the Frenchman Will Shine With Los Blancos.

Manchester United will be looking to give their fringe players a bit of action in the game against AZ Alkmaar. Juan Mata and Nemanja Matic do not have long term future at the club but the duo is set to be part of the starting eleven. Matic will be joined by James Garner in the middle while Tahith Chong and Angel Gomes taking the wings. Phil Jones has been error-prone in the games he has featured in. The England defender with the kind of experience he has needs to be more assured at the back for his team. MUN vs ALK Dream11 Prediction in UEFA Europa League 2019–20: Tips to Pick Best Team for Manchester United vs AZ Alkmaar Football Match.

A Z Alkamaar will be without the services of Albert Gudmundsson and Pantelis Hatzidiakos who are not fully fit. Myron Boadu was sent off in his team’s last Europa League fixture and hence will not be available for selection. Veteran center-back Ron Vlaar has overcome his fitness-related troubles and should start. Ousama Idrissi was brilliant in the final third when the two sides met in the Netherlands and will hope for much of the same tonight.

Manchester United vs AZ Alkmaar clash in 2019-20 Europa League will be played on December 13, 2019 (Friday) as per Indian time. MUN vs ALK Group L encounter will take place at Old Trafford and is scheduled to start at 01:30 am IST (Indian Standard Time).

Football fans in India can also enjoy the Manchester United vs AZ Alkmaar 2019-20 Europa League match on online platforms. Sony Liv, the online media streaming platform of Sony Network, will be live streaming the MUN vs ALK EUL encounter for its online fans in India. Fans also follow the 2019-20 Europa League on LatestLY which will be providing the live score updates for every EUL encounter. Manchester United will field a second-string side which gives AZ Alkmaar an outside chance to win this crucial game.