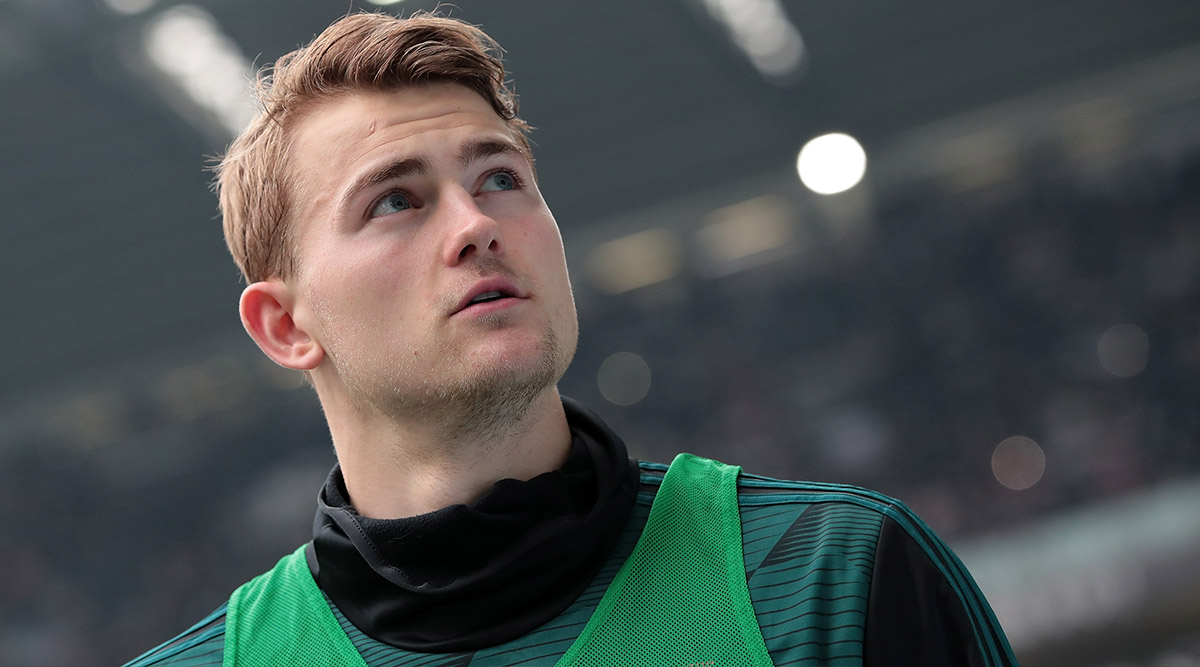 Manchester United are looking for a squad overhaul next season and are linked with several players to strengthen their team. As per recent reports, the record English champions are preparing to make a new bid for Juventus defender Matthijs de Ligt. The Dutch centre-back joined the Italian club last year for €75 million from Ajax and in doing so rejected offers from Barcelona, Paris Saint-Germain and United. The 20-year-old has endured a difficult season in his first campaign in Italy. Manchester United in Talks With Jadon Sancho's Agent

According to a recent report from ESPN, Manchester United are all set to make a renewed bid in order to sign Matthijs de Ligt from Juventus and it is also understood that the Italian giants are ready to listen to any offers made for the Netherlands international. The Ajax youth academy product has had a tough tough year in the Italian league as he has been in and out of Maurizio Sarri’s plan and hasn’t been able to secure himself a spot in the starting XI. Marcus Rashford, Manchester United Striker, Helps Feed Children During Coronavirus Shutdown.

It is understood that current Manchester United manager Ole Gunnar Solskjaer is keen on signing a central defender for his team and de Ligt has the perfect profile, but the club has lined up options in case the deal fails and Napoli defender Kalidou Koulibaly is on the list of potential targets including several others.

The youngster rose to stardom during last season and was an important figure in Ajax’s run to the UEFA Champions League semi-final. The Dutch defender also scored the decisive goal in their tie against Juventus which knocked the record Italian champions out of the competition.