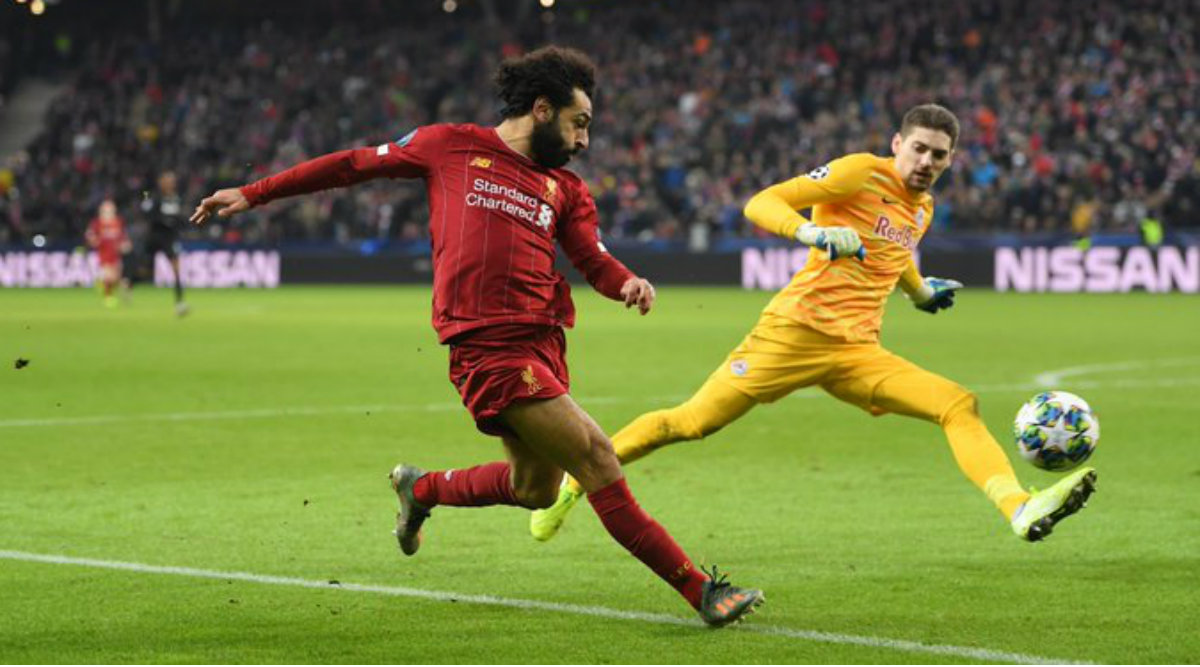 Mohamed Salah scored a spectacular goal against RB Salzburg from a tight angle to secure Liverpool’s win in the UEFA Champions League 2019-20 encounter and send them into the last 16 of the competition. The Reds entered the match knowing that they had to avoid defeat in order to assure their place in the knockout stages. Klopp’s men found themselves in a lot of trouble as the Austrian side came out all guns blazing and put Liverpool under tremendous pressure from the get-go but goals from Nabi Keita and Mo Salah helped the European Champions to get over the line. Salah’s goal was a thing of beauty and Twitterati were all praises for the Egyptian. UEFA Champions League 2019-20 Result: Mohamed Salah, Naby Keita Score as Liverpool Beat Salzburg 2-0 to Reach Last 16.

Liverpool expected to go through on matchday five but a draw against Napoli made things tricky for the Reds coming into the final group stage game. The Merseyside club found themselves under a lot of pressure but had their chances to score early in the game with Salah missing scoring opportunities which you expect him to take. But the Egyptian went from zero to hero as he scored a fantastic goal from a near-impossible angle to secure his side’s win. The Liverpool forward latched on to a clearance from the defender before rounding up the keeper to finish from a tight angle.

Here Is the Goal

Everyone over the weekend: Oh look at the Son goal.

Mo Salah: wait, let me show you something.

And then, physics defying goal. https://t.co/SkKAIFTFf7

Mo Salah has missed sitters all game but then went on to score this with his weaker foot.

How on earth did he score that? 😲

Running Down the Wings!

Liverpool survived a scare from the Austrian side but prevailed in the end to continue their Champions League run. This win means Liverpool top their Group with 13 points and are followed by Napoli on 12 points. The round of 16 draw will take place on December 16, 2019 (Monday) at the UEFA headquarters in Nyon and the defending champions will be eager to find out their opponent for the knockout stages.