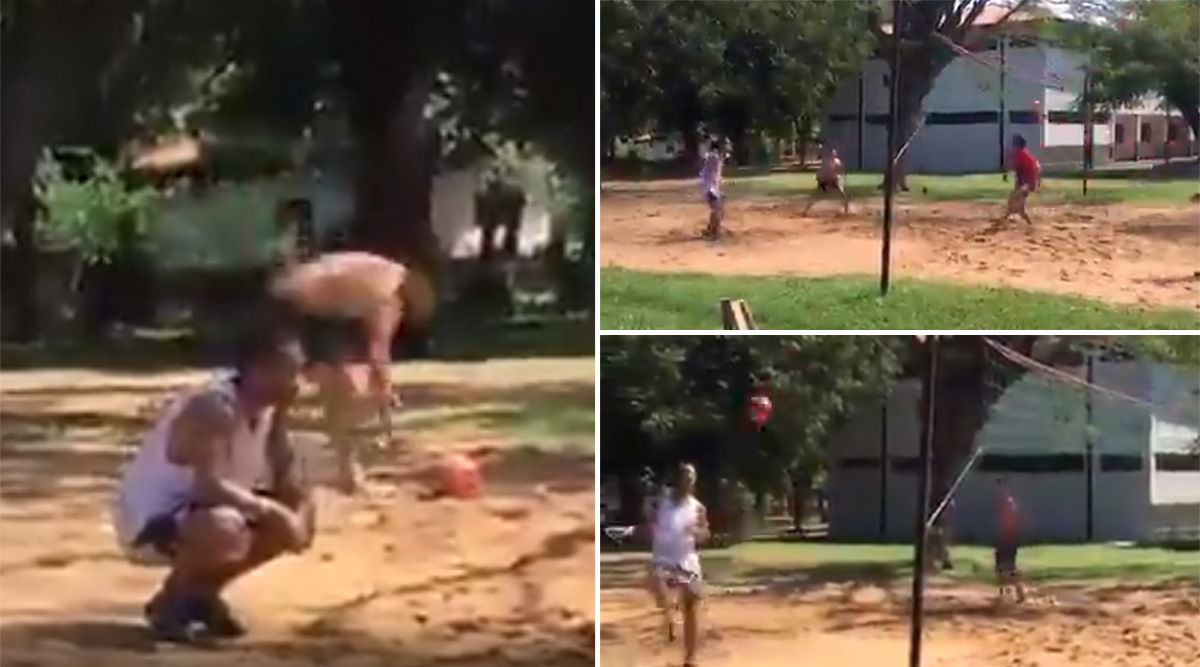 Even as the world comes to terms with life without sports due to the global coronavirus outbreak, Ronaldinho has found himself a way to keep busy during his time in prison at Paraguay. The former Brazilian and Barcelona football superstar was arrested in Paraguay for entering the country with forged documents and fake passport in early March. The 40-year-old was caught red-handed with his brother and agent Roberto Assis. Both were caught by the Paraguayan police and sentenced to prison by the judge as they await their trial. But the footballer looks to having a fun-time in prison. After being pictured playing football and spending his time in the Prison bar, Ronaldinho was recently pictured playing foot-volleyball. Ronaldinho's Smile Has 'Disappeared' in Paraguayan Prison.

Earlier, Ronaldinho had celebrated his 40th birthday on March 21, 2020, with his brother Roberto Assis and other inmates. And recently, a video has shown the World Cup winner taking part in a game of foot-volleyball with other members of the prison. In the video, Ronaldinho – like he has on most occasions with the football, dominates the opposition and does not lose a single point. He has also reportedly taught the other inmates a trick or two about the foot-volleyball. Ronaldinho in Jail Poses for Pictures and Smiles As He Gets Used to Life in Paraguayan Prison after Arrest over Possessing Fake Passport.

While we're all in quarantine due to coronavirus, Ronaldinho's life in a Paraguayan prison really doesn't seem so bad... pic.twitter.com/bs2X94reqX

Just a couple of days ago, Ronaldinho had guided his team to an 11-2 victory in the prison’s futsal football tournament and won a reward of a 16kg Pig as a prize. He scored five goals and assisted another six in the win. The former AC Milan and PSG playmaker is currently still awaiting his trial in Asuncion and will remain in prison before the judgement takes place.