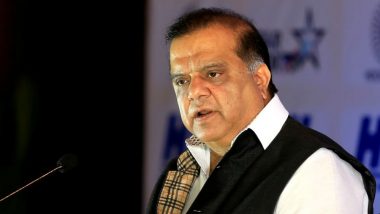 New Delhi, June 24: Indian Olympic Association President Narinder Batra has said that he has been left disappointed with the lack of feedback from the IOA members for safe resumption of sporting activities in the country amid the COVID-19 pandemic.

On May 5, the IOA had invited suggestions from National Sports Federations (NSF), State Olympic Associations (SOA) and other stakeholders for the preparation of a white paper, detailing steps to resume sports in the country amid the pandemic which has so far claimed more than 15,000 lives in the country.

The white paper titled "Safe Resumption of Sport in India" has now been prepared by IOA and its aim was to ask all stakeholders for their feedback for safely resuming sport.

However, Batra has said that members of IOA, including National Sports Federations, did not give much contribution to the study.

"I am disappointed that most members of the Indian Olympic Association, be the National Sports Federations or State Olympic Committees, have not contributed to the study in any way, not even indirectly by sharing the survey with their constituents, especially the contemporary and erstwhile athletes," Batra said.

"In fact, I gathered from a number of athletes that their respective National Sports Federations did not share the survey with them at all," he added.

The IOA chief further said that this survey was a perfect opportunity for all the stakeholders in the Olympic Movement to contribute to the decision making process.

"We could have been heard as one voice, representing the entire sports community. Instead, many National Sports Federations chose to not embrace the opportunity."

The IOA revealed that it received 450 responses, a major portion of which (178) was from the athletes. 145 responses were received from match officials and 74 from high performance support staff. NSFs/SS/SOA contributed with 79 responses while the rest came from media, fans and government representatives.

The association said that more than 75 per cent of the respondents have said that it would be appropriate to resume training as soon as lockdown ends, but with restriction on social distancing, personal hygiene etc.

"Some have suggested that training should resume in August or later, with a negligible percentage suggesting that India must wait till a COVID-19 vaccine becomes available.

"It should be possible to resume some form of sports and physical activity in designated Green Zones, but only while observing the strict COVID-19 social distancing and hygiene requirements. In Orange and Red Zones, physical activity outside of homes should be limited until their status is changed to Green Zone," informed the IOA.

On Tuesday, Union Sports Minister Kiren Rijiju had a virtual meeting with representatives of the IOA and 15 National Federations to discuss the way forward for the 15 sporting disciplines in terms of training of athletes, participation in national and international competitions and organising sporting events in India.

During the meeting, Rijiju urged all federations to speak to league managers and propose a few events that can be organised in each sport, in the coming months.

(The above story first appeared on LatestLY on Jun 24, 2020 01:17 PM IST. For more news and updates on politics, world, sports, entertainment and lifestyle, log on to our website latestly.com).