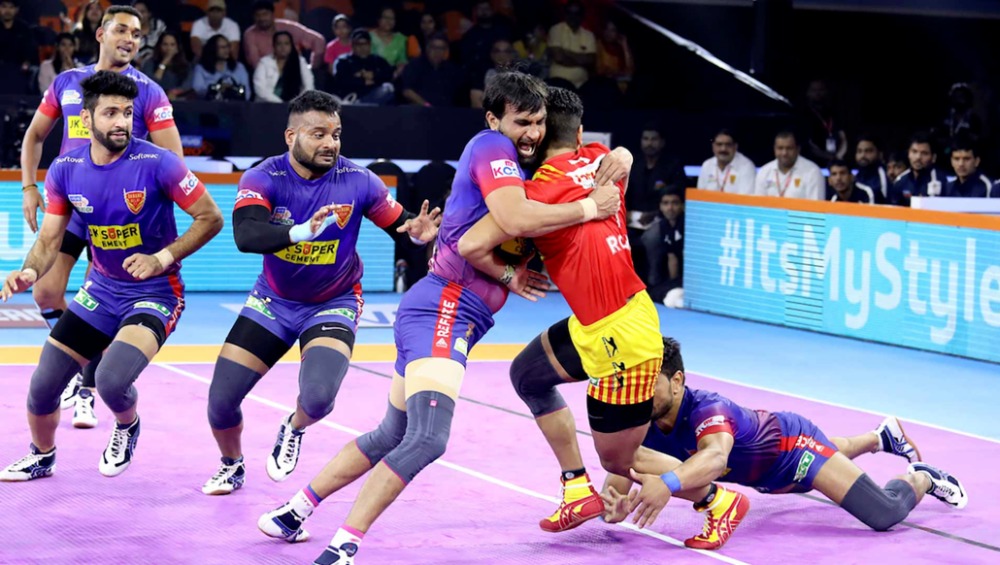 Dabang Delhi will face Bengal Warriors in a battle of top two, while Tamil Thalaivas will take on U Mumba when Pro Kabaddi League season 7 hits the mat on September 30, 2019 (Monday). Bengal Warriors vs Dabang Delhi and Tamil Thalaivas vs U Mumba will be both the matches of September 30 and both will be played at the Tau Devilal Sports Complex in Panchkula, Haryana. Dabang Delhi are comfortably placed at the peak of the PKL 2019 points table, while Bengal Warriors will aim to close the gap down. Meanwhile, those searching for the live telecast, free online live streaming, live scores and match details of  KOL vs DEL and TAM vs MUM games in PKL 2019, should scroll below for all information.  Pro Kabaddi League Season 7, 2019 Points Table.

Things, however, haven't been as fortunate for U Mumba and their opponents - of September 30 - Tamil Thalaivas. U Mumba beat Tamil Thalaivas 29/24 in the earlier game of the season in PKL 2019. But the former champions are now struggling on the sixth place with 54 points from 18 games. Tamil Thalaivas, on the other, have only gone downslide and are placed at the bottom of the PKL 2019 team standings. with only 30 points after 19 games and 13 defeats.

Bengal Warriors vs Dabang Delhi will be match number 115 in PKL 2019. This game will be the first match of September 30 (Monday). Fans can watch the KOL vs DEL game of PKL 2019 on Star Network. Star Sports 1, Star Sports 2, Star Sports 1 HD, Star Sports 2 HD and Star Gold will be live telecasting the game on television. The game will begin at 07:30 pm IST (Indian Standard Time). Viewers can also watch the game online on Hotstar, which is the official online platform of Star.