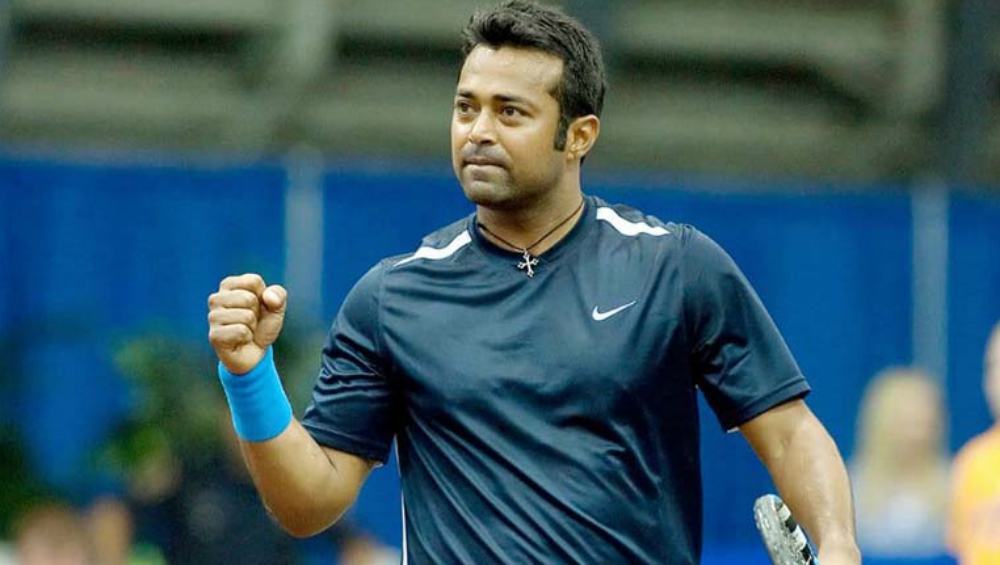 Mumbai, October 15: Veteran Indian tennis player Leander Paes has heaped praise on Roger Federer, saying it was amazing to see how the Swiss maestro has "reinvented" himself to win grand slams. Federer on Monday announced that he will be participating in next year's Tokyo Olympics, thus putting an end to speculation about his retirement. Roger Federer Confirms Participation in Tokyo Olympics 2020.

The development also means that the 38-year-old will be available for the Australian Open to be held in January which he could use as a warm-up for the Olympic Games slated to be held from July 24-August 9, 2020.

"This (2020) year's Australian Open is going to be very unique. Roger Federer just announced that he will be playing in the Olympics in 2020. I think that is just a fantastic news for the tennis fans because there's always a question of whether he is going to continue or not," Paes said at an event in Mumbai to promote the Australian Open.

Federer, who will turn 39 during the Games, has never won the Olympic singles title. He won silver at the London Olympics in 2012 after losing to Britain's Andy Murray.

The Swiss maestro, who couldn't participate in the Rio Olympics in 2016 because of injury, did win a gold medal at Beijing in 2008 in the men's doubles alongside Stan Wawrinka. Tennis Australia has extended the broadcast rights with Sony Pictures Networks India for three years.

"Don't be surprised if you see Roger in the last couple of days at the Australian Open. He knows he is going to push really hard in the final sprint.

The 46-year-old, who is the only tennis player to take part in seven Olympic Games, also said that he would love to participate in what would be his eighth Olympics in Tokyo.

"Tokyo (Olympics) is a long way away. As far as I am concerned, I was conceived at the Olympics in 1972 when my parents were there. Every Sunday morning, I used to polish my dad's medal and everything I have dreamt for is to play for the flag of our country, for the people of our country. So, if I am ever called, rest assured I will be there for the country," said Paes.

"I have already got the record for most number of Olympics played. But I think an eighth Olympics will be India's record," he added.

The veteran tennis player also heaped praise on M.S. Dhoni, Virat Kohli and Sunil Chhetri for their contribution to Indian sports, while underlining the importance of leagues in India.

"Dhoni was an amazing captain. Virat is a phenomenal captain. He leads with his heart on his sleeves. Sunil Chhetri, another amazing captain. It's amazing how he has reinvented himself. In the last three-four years, he has looked fitter than what he looked 15 years ago." Fedal Moments From Laver Cup 2019: Roger Federer and Rafael Nadal's Bromance During Tennis Tournament in Switzerland Makes Internet Go Crazy! Watch Videos.

"I think the attributes of the results you are seeing are because of the leagues we are having in the country. The Kabaddi League for example is phenomenal, the badminton league, table tennis league is growing, ISL has got international players here and the epitome of leagues is the IPL.

"I think we have all learnt from cricket and we all should continue to learn from cricket on how we can grow as a nation in sports," he added.