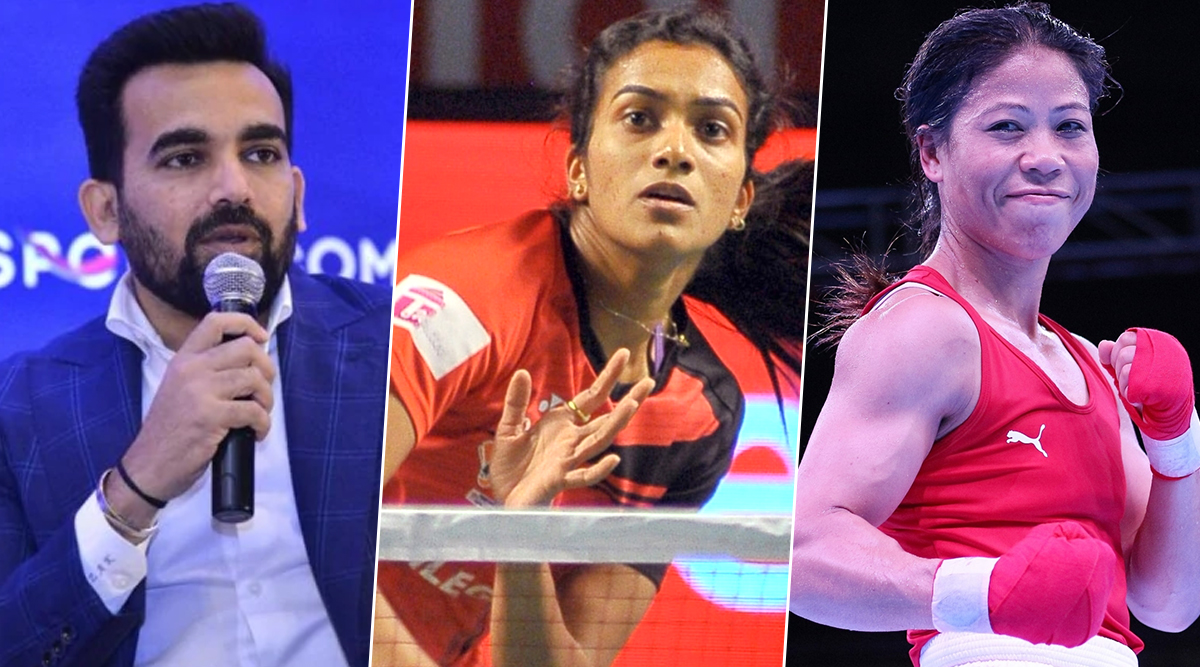 Many Indian sportspersons will be felicitated with various honours during the Padma Awards 2020. From Zaheer Khan receiving the Padma Shri to M. C. Mary Kom getting Padma Vibhushan, athletes of various disciplines will bag many awards at the Rashtrapati Bhavan in New Delhi. Some notable sports personalities to get the awards are former Indian speedster Zaheer Khan, who will get the Padma Shri Award, the fourth highest civilian award in the Republic of India. Other than him, the sensational Badminton player PV will be given Padma Bhushan, third-highest civilian award and boxing star MC Mary Kom will receive Padma Vibhushan award, second-highest civilian award. Arun Jaitley, Sushma Swaraj and George Fernandes to be Awarded Padma Vibhushan 2020 Posthumously, Mary Kom And Anerood Gugnauth Among Others Featured in The Prestigious List.

Speaking of the Padma Awards 2020, as many as 141 awards were given to personalities of various fields on the eve of India's 71st Republic Day (January 26, 2020) . Seven people received the honorary Padma Vibhushan, 16 were awarded Padma Bhushan and as many as 118 people got the Padma Shri award. 34 of the recipients were women. These awards are being given to the people who have done significant contributions in their respective field. Apart from the above-mentioned personalities, the other iconic sportspersons who will receive the honour are woman footballer Oinam Bembem Devi, hockey player MP Ganesh and Rani Rampal, shooter Jitu Rai and archer Tarundeep Rai.

Mary Kom, who is arguably the best female boxers to have emerged from the nation, has gathered a lot of medals for India. While Khan, who was the joint highest wicket-taker in the 2011 World Cup, has guided India to many significant victories in his prolific career. On the other hand, PV Singh emerged from the 2016 Rio Olympics has also a fantastic record at the highest level.