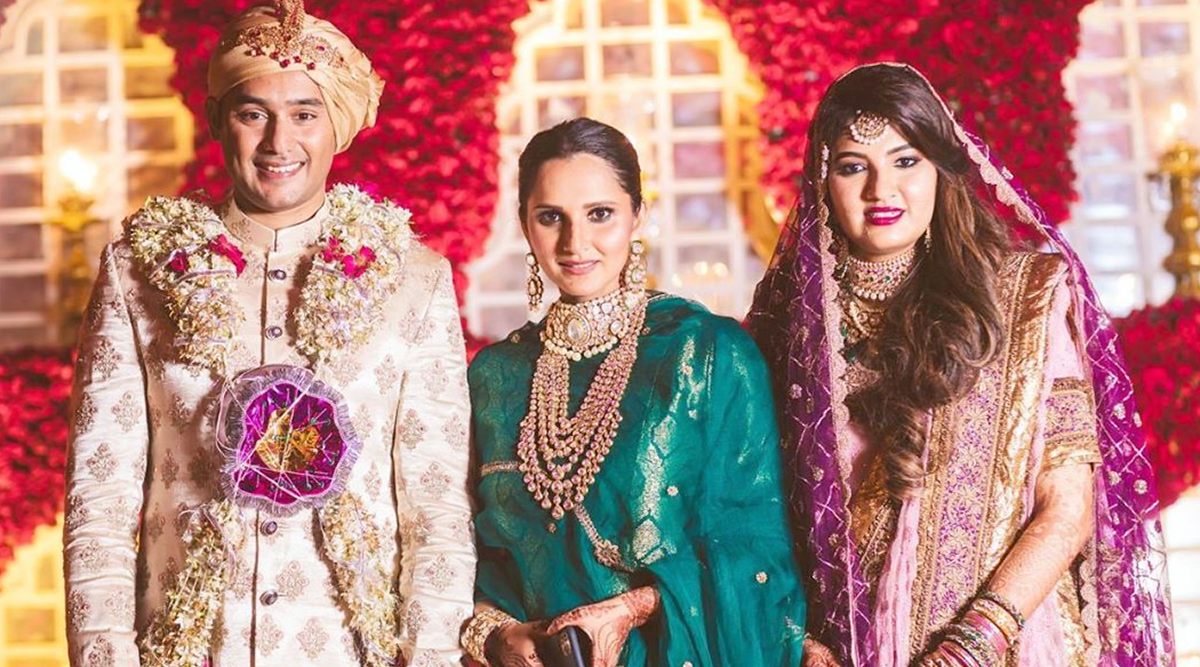 "Welcome to the family @asad_ab18, Sania wrote along with the photo on Instagram. In the photo, Anam and Asad were looking too lovely in the bride and bridegroom's attire. Have a look at the Instagram post of Sania Mirza below. Anam-Asad Pre-Wedding Pics Out! Sania Mirza Shares Beautiful Family Photos Ahead of Her Sister’s Marriage With Mohammad Azharuddin’s Son.

Sania Mirza had earlier shared pre-wedding photos of her sister on Instagram. Anam's bridal shower was hosted few weeks ago at Farzi café situated in Hyderabad. In September this year, Sania and Anam went to Paris to celebrate Anam's bachelorette party. After returning from Paris, Sania Mirza had revealed about her sister’s marriage with Mohammad Azharuddin's son.

Anam, who is a fashion designer and entrepreneur by profession, is 25 years old. This is Anam’s second marriage. She was earlier married to businessman Akbar Rasheed. Talking about Asad Azharuddin, he is Mohammad Azharuddin's son. He is a left-handed batsman and also plays cricket like his father. He made his first-class debut in Ranji-Trophy 2018-19 season while playiing for Goa Ranji team.

Sania Mirza is a star Indian shuttler who rose to fame with his doubles partner Martina Hingis. She is regarded as the best-ever woman tennis player to represent India. She has represented India at many grand slams and other tennis tournaments in singles' and doubles' category.