The French Open has warned Osaka that if she continues to ignore her media obligations during the tournament, she would be exposing herself to possible further Code of Conduct infringement consequences. 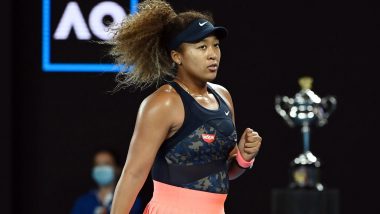 Paris [France]: World number two Naomi Osaka was on Sunday fined 15,000 dollars for skipping the press conference following her win in the first round in the ongoing French Open. The Japanese tennis star could be subjected to additional sanctions if she continues to "ignore her media obligations".

According to a statement by French Open, the referee has issued Osaka a USD 15,000 fine, in keeping with article III H. of the Code of Conduct. "A core element of the Grand Slam regulations is the responsibility of the players to engage with the media, whatever the result of their match, a responsibility which players take for the benefit of the sport, the fans and for themselves," the statement on behalf of all four Grand Slam read.

"These interactions allow both the players and the media to share their perspective and for the players to tell their story. The facilitation of media to a broad array of channels, both traditional and digital, is a major contributor to the development and growth of our sport and the fan base of individual players."

The French Open has warned Osaka that if she continues to ignore her media obligations during the tournament, she would be exposing herself to possible further Code of Conduct infringement consequences.

Osaka defeated Patricia Maria Tig 6-4, 7-6(4) on the opening day of the tournament on Sunday. With the victory, the Japanese tennis star also extended her winning streak at the Grand Slams to 15 matches in a row.

Osaka booked her spot in the second round by overcoming Tig in a tight second set ending the game which lasted for one hour 47 minutes. She will now lock horns with another Romanian, Ana Bogdan, who knocked out Italian tennis player Elisabetta Cocciaretto 6-1, 6-3.