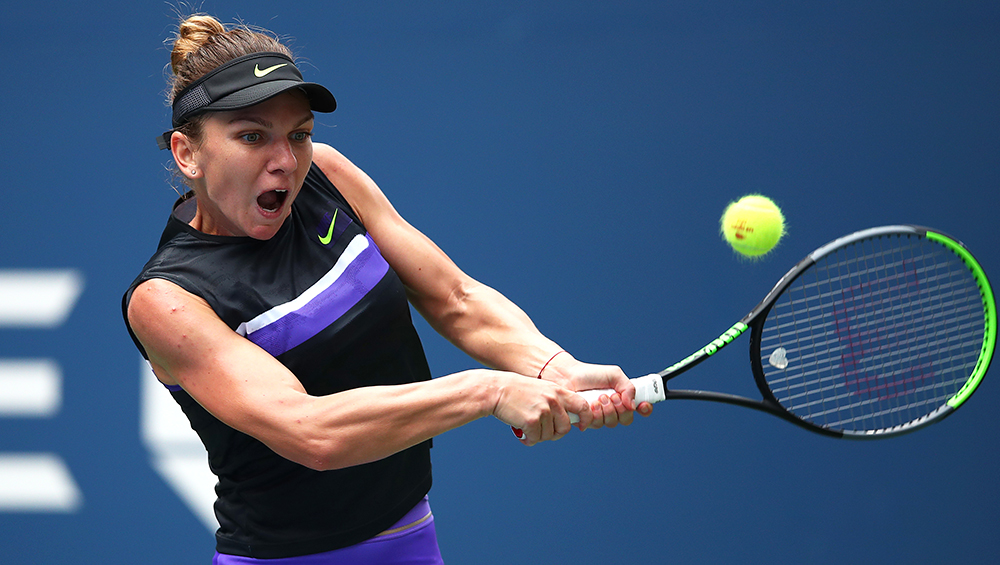 Melbourne, January 21: Two-time Grand Slam champion Simona Halep survived a couple of tumbles and a sore wrist before surging into the Australian Open second round on Tuesday.

The Romanian fourth seed recovered from a poor start to beat the American Jennifer Brady 7-6 (7/5), 6-1 and launch her title bid.

The 28-year-old Halep had her serve broken in the first game by the 49th-ranked Brady, who defeated world number one Ashleigh Barty in the build-up to the year's first Grand Slam.

Halep, the 2018 runner-up, was uncharacteristically flustered, taking a couple of tumbles, tossing her racquet and complaining to her coach.

She appeared to hurt her right wrist in one fall in the first set, and had heavy strapping put on it.

With both players relentlessly pummelling from the baseline, Halep finally put a punishing first set away in 69 tough minutes, having saved three set points to force the tie-break.

The second set was far more straightforward as the 24-year-old Brady appeared to run out of gas and Halep made light of her painful wrist.