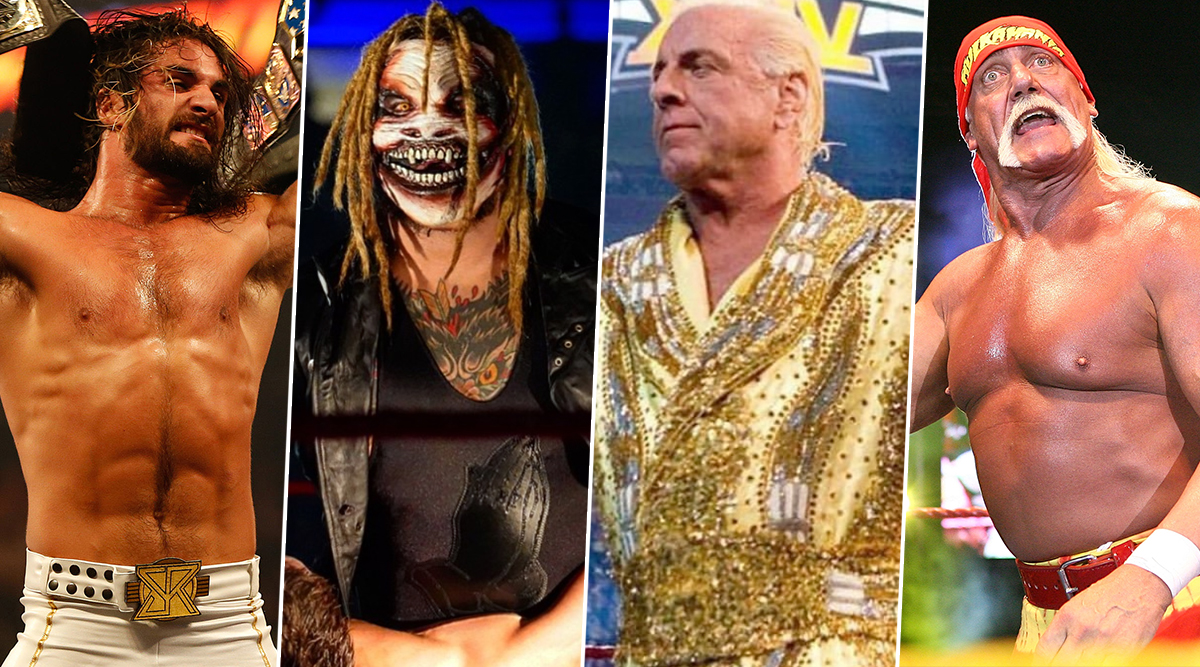 The season's premiere episode of WWE Raw Sept 30, 2019, saw Hulk Hogan and Ric Flair appear on The Miz TV. On this segment of Raw, Team Hogan vs Team Flair match has been announced which will take place on Oct 31, 2019, at WWE Crown Jewel. WWE universe was surprised to see Bobby Lashley return on Raw where fans were shocked to see him in alliance with WWE Diva Lana where they both kissed each other to distract Rusev. Rusev was in a match with Seth Rollins in the main event, where The Fiend Bray Wyatt took advantage of the distraction caused by Lashley and Lana to attack The BeastSlayer. Meanwhile, below you can find the results and highlights from Sept 30, 2019 episode of Raw. WWE Raw September 23, 2019 Results and Highlights: The Fiend Attacks Braun Strowman, Rey Mysterio to Face Seth Rollins For Universal Championship (Watch Videos)

Fans will be eager to see Hulk Hogan and Ric Flair coach their respective teams at WWE Crown Jewel 2019 where Hogan's team will be led by Seth Rollins, while Flair will have Randy Orton as his captain. We also saw Brock Lesnar attack Rey Mysterio and his son Dominick this past week on Raw. The Beast Incarnate indeed made his presence felt on Raw Season's premiere episode and also sent out the message to Kofi Kingston, whom he will face in the upcoming SmackDown debut show on Fox.  Sasha Banks defeated one half of Raw Tag Team Champion Alexa Bliss. AJ Styles is still the United States Champion as he won against Cedric Alexander on this past episode of Raw. However, the other two members of The O.C., Luke Gallows and Karl Anderson lost to The Viking Raiders. The other results from Raw are, Ricochet defeated Cesaro, while The Queen of Hart Natalya also lost to Lacey Evans. WWE SmackDown Sept 24, 2019 Results and Highlights: Roman Reigns & Daniel Bryan to Face Erick Rowans & Luke Harper at Hell in a Cell (View Pics & Videos)

Lashley’s Shocking Kiss to Lana Leads to Attack on Rollins

WWE fans will be excited for the upcoming Hell in a Cell 2019 PPV event which will take place on Oct 6, 2019. It will be interesting to see how Seth Rollins defend his title against The Fiend who plays psychological mind games with his opponent.  Also, WWE Universe will want to see how Becky Lynch manages to retain her title against in form Sasha Banks. Fans will also be eagerly waiting to see how Rusev responds to Lana, who betrayed and embarrassed him this past week on Raw by kissing Bobby Lashley.