China-based ByteDance which is the parent company of TikTok, has reportedly started selling the AI technology of the short video-making app to other companies, including in India where the app is banned. 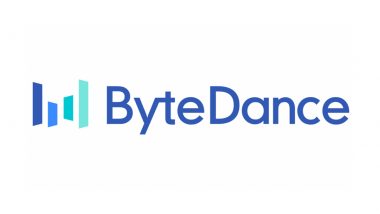 New Delhi: China-based ByteDance which is the parent company of TikTok, has reportedly started selling the AI technology of the short video-making app to other companies, including in India where the app is banned. The Financial Times reports that the company has kicked off a new devision called BytePlus and is selling TikTok AI to companies like India-based social gaming platform GamesApp, US fashion app Goat, Singapore travel site WeGo, Indonesian shopping app Chilibeli, among others. TikTok's Owner ByteDance Downsizes Indian Team Over Prolonged Ban on Video Platform.

In 2020, the Indian government banned several apps developed by Chinese firms, including TikTok, over concerns that these apps were engaging in activities that threatened the national security and defence of the country. Last month, Nikhil Gandhi, the India Head of China's ByteDance-owned short video-sharing platform TikTok, decided to quit. TikTok roped in Gandhi in 2019 as its India head to drive the next phase of growth for the Chinese short video-sharing platform.

BytePlus also offers automated speech and text translation and real-time video effects as well as data analysis tools, according to its website. The core TikTok algorithms, often credited for the rapid growth of the platform, determine the videos users see even before they start following creators.

The company said in a blog post recently that its 'ForYou' feed determines what videos to serve a given user. Its recommendations are based on user interactions including which videos you like, share comment on, or create, video information, and device and account settings including what device you're using, language preferences, and location settings. TikTok's source code and user data are maintained separately from other businesses of its parent company ByteDance.

(The above story first appeared on LatestLY on Jul 05, 2021 11:40 AM IST. For more news and updates on politics, world, sports, entertainment and lifestyle, log on to our website latestly.com).