Epic Games on Thursday announced that it is releasing Unreal Engine 4.27 with new features for creators across game development, film and television, architecture, automotive and beyond. 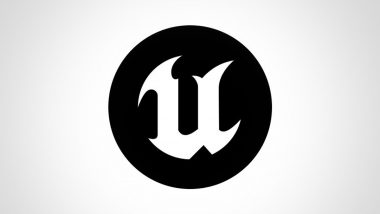 "This release introduces a slew of improvements to the efficiency, quality and ease of use of Unreal Engine's in-camera visual effects (ICVFX) toolset -- making it faster and easier than ever to utilise this revolutionary virtual production technique that is changing the face of filmmaking," the company said in a statement.

"We recently teamed up with filmmakers' collective Bullitt to further prove out these tools by making a short test piece and putting the latest production workflow through its paces. That free sample project is now available for the community to download," it added.

Along with a ton of new features, we:

Plus, a new Epic Online Services plugin for @unity3d is now available!

With the new 3D Config Editor in 4.27, users can more easily design their nDisplay setups for LED volumes or other multi-display rendering applications. All nDisplay-related features and settings are now combined into a single nDisplay Root Actor for easier access, and the addition of multi-GPU support now enables nDisplay to scale more efficiently.

Multi-GPU support also enables users to maximise resolution on wide shots by dedicating a GPU for in-camera pixels and to shoot with multiple cameras, each with its own uniquely tracked frustum, the company said.

Also in 4.27, Unreal Engine's Virtual Camera system has been significantly enhanced, adding support for more features such as Multi-User Editing and offering a redesigned user experience and an extensible core architecture, it added.

The company mentioned that new Level Snapshots let users easily save the state of a given scene and later restore any or all of its elements, making it simple to return to a previous setup for pickup shots or creative iterations. With Unreal Engine 4.27, the company said it is easier than ever to create XR content in Unreal Engine, with production-ready support for the OpenXR framework.

"Our OpenXR plugin, which enables users to target multiple XR devices with the same API, now also offers support for additional features -- including Stereo Layers, Splash Screens, querying Playspace bounds, and motion controller visualization -- and for extension plugins from the Marketplace, enabling you to add functionality to OpenXR without relying on engine releases," the company said.

Through the new online subsystem (OSS) released in 4.27, Epic Online Services is now included directly in Unreal Engine. This update includes the integration of the Epic Online Services SDK within the engine, putting its tools and interfaces at your fingertips. Additionally, a new Epic Online Services plugin for Unity is available in open source. Developed and maintained by PlayEveryWare, the plugin will launch first on PC, with console and mobile support later this year.

(The above story first appeared on LatestLY on Aug 20, 2021 09:05 AM IST. For more news and updates on politics, world, sports, entertainment and lifestyle, log on to our website latestly.com).