The iQoo Neo 6 SE will be the latest addition to the brand's popular Neo series, and will come as a successor to the iQOO Neo 5 SE that went official last year. 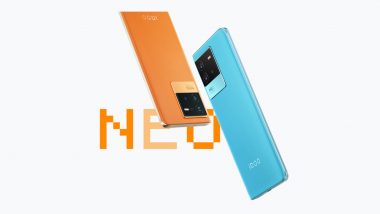 iQoo is all set to launch the new Neo 6 SE smartphone in the home market on May 6, 2022. The phone will be the latest addition to the brand's popular Neo series, and will come as a successor to the iQOO Neo 5 SE that went official last year. Do note, the predecessor came with a Snapdragon 870 chipset. iQoo Z6 44W To Go on Sale in India Tomorrow at 12 PM IST.

The Chinese smartphone maker recently confirmed the launch date of the iQoo Neo 6 SE through its official Weibo account. The post on the social media platform revealed some key specifications as well. Interestingly, the iQoo Neo 6 SE with model number - V2157A was previously spotted on 3C listing, revealing the 66W fast charging technology. 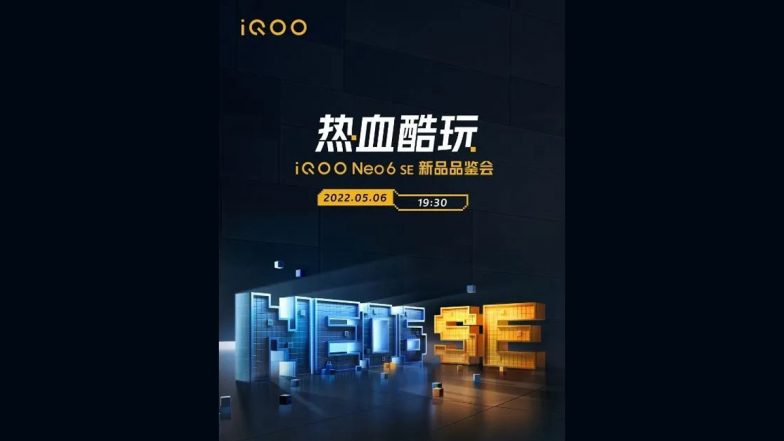 Based on the teaser, prices and other details of the iQOO Neo 6 SE will be announced during the launch event that is scheduled to take place on May 6 at 7:30pm local time in China.

It also reveals that the upcoming smartphone will sport a 64MP main rear camera with Optical Image Stabilisation (OIS). It will be a significant upgrade over the 50MP snapper offered on the predecessor. The teaser further suggests that there will be 80W fast charging support. 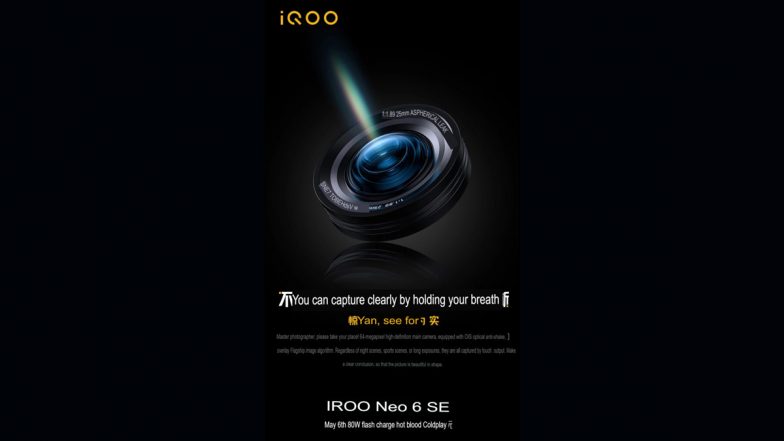 A tipster recently leaked a few key specifications of the iQoo Neo 6 SE on Weibo, claiming it would draw power from the same Snapdragon 870 SoC. The phone sports a 6.62-inch FHD+ display supporting a 120Hz refresh rate with a punch-hole cutout at the centre housing a selfie camera.

(The above story first appeared on LatestLY on Apr 30, 2022 03:02 PM IST. For more news and updates on politics, world, sports, entertainment and lifestyle, log on to our website latestly.com).