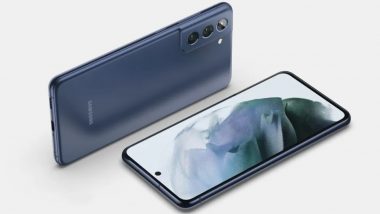 Samsung, the South Korean smartphone maker is all set to launch its Galaxy Z Flip 3, Galaxy Z Fold 3 & Galaxy S21 FE smartphones globally soon. As per a report, these smartphones are expected to be launched in August 2021. These smartphones are likely to fill the void of the Galaxy Note series as the company will skip the Note series launch this year due to chip shortage. COVID-19 Effect: Samsung To Skip MWC 2021 In-Person Exhibitions. 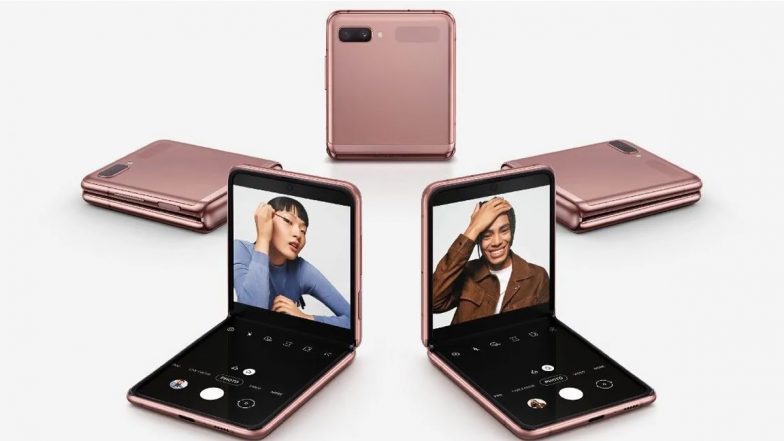 The Galaxy Z Flip 3 is likely to be priced starting from $999 (approximately Rs 73,000) to $1,199 (approximately Rs 88,000). As per the reports, the foldable handset will feature a two-tone colour scheme. The phone is also said to come with a secondary display and support for S Pen. The device is expected to come packed with a 15W fast charging support. The phone was reportedly spotted on the 3C certification platform with a model number SM-F7110 which reveals that it will be fuelled by a 3,273mAh battery and could be powered by Snapdragon 888 5G SoC.

Last week, images of Galaxy Z Fold 3 were leaked which revealed that it will come with an under-display selfie camera and support for S Pen. The S Pen will feature a soft top so that it does not damage the internal display of the device. On the other hand, the Galaxy S21 FE is said to feature a 6.4-inch FHD+ AMOLED display with a 120Hz refresh rate, Snapdragon 888 SoC paired with up to 256GB of internal storage, a 4,500mAh battery and will run on Android 11 based OneUI 3.1 OS.

(The above story first appeared on LatestLY on May 11, 2021 11:56 AM IST. For more news and updates on politics, world, sports, entertainment and lifestyle, log on to our website latestly.com).