Former Twitter CEO Jack Dorsey has challenged new owner Elon Musk to stop creating sensation around the 'Twitter Files' and make everything public instead "without filter". 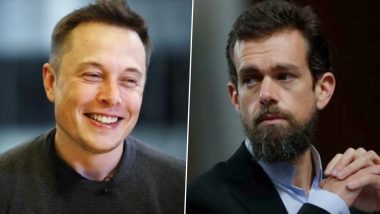 Musk, who last week released the first episode of 'The Twitter Files' into the controversial decision to suppress Hunter Biden's laptop story on the platform, also nudged his followers to reveal the 'Episode 2 of The Twitter Files', but delayed it, saying he will need more time. Elon Musk Says 'Fired Twitter Counsel James Baker Over Concerns About His Role in Information Suppression Under Previous Management'.

Dorsey challenged Musk on Twitter that "if the goal is transparency to build trust, why not just release everything without filter and let people judge for themselves? Including all discussions around current and future actions? Make everything public now".

Musk replied on Thursday: "Most important data was hidden (from you too) and some may have been deleted, but everything we find will be released".

The episode 1 of the 'Twitter Files' implicated Vijaya Gadde, the Indian-origin former head of legal, policy and trust at the company, in suppressing US President Joe Biden's son Hunter Biden's laptop story on the platform.

Without revealing how he obtained them, independent journalist and author Matt Taibbi shared the 'Twitter Files' on the platform over the last weekend, with an endorsement by Musk. Elon Musk Converts Several Rooms at Twitter Headquarters in San Francisco Into Bedrooms for Employees.

"The decision (to suppress Hunter Biden's laptop story) was made at the highest levels of the company, but without the knowledge of CEO Jack Dorsey, with former head of legal, policy and trust, Vijaya Gadde, playing a key role," claimed Taibbi.

"An amazing subplot of the Twitter/Hunter Biden laptop affair was how much was done without the knowledge of CEO Jack Dorsey," he added.

In October 2020, just before the US Presidential elections, Twitter had restricted a New York Post article containing unverified claims about the activities of Hunter Biden, the son of US President Joe Biden, in Ukraine.

Dorsey had then tweeted that blocking the content without providing more context was "unacceptable". He was also grilled about the episode before the US Congress in November 2020.

(The above story first appeared on LatestLY on Dec 08, 2022 11:59 AM IST. For more news and updates on politics, world, sports, entertainment and lifestyle, log on to our website latestly.com).