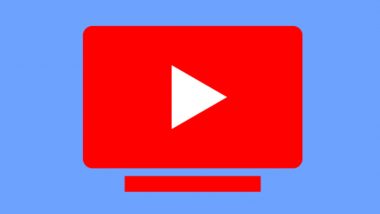 San Francisco: Google-owned video-streaming giant YouTube TV is introducing a new add-on that introduces 4K quality, downloads and unlimited simultaneous streaming on a home network to the Google live TV subscription service. The "4K Plus" add-on, which costs $19.99 a month extra, will allow viewers to stream 4K content on YouTube TV for the first time. That's assuming that they have a compatible TV and streaming device, such as an Apple TV 4K. YouTube Music Adds ‘Replay Mix’ for Most Played Songs.

In addition, the add-on allows users to download recorded shows to watch offline on their phone or tablet, AppleInsider reported.

Allow us to drop some BIG feature announcements 🎤

Starting today, our 4K Plus add-on allows you to:

♾ Use unlimited simultaneous streams at home️

It also introduces unlimited streaming on a user's home Wi-Fi network. The standard YouTube TV subscription only allows three streams simultaneously. Along with the announcement of 4K Plus, YouTube also previewed other new features and changes, such as an option to join various segments within a sports program and the ability to easily search for and add sports to a DVR.

For all YouTube TV users, the company is adding Dolby 5.1 audio capabilities. The feature will begin rolling out to select devices "over the coming weeks," YouTube said. Although the add-on will cost $19.99 a month, YouTube is running a special promotion that will bring the price down to $9.99 a month for one year. Users can also net a one-month free trial of 4K Plus.

(The above story first appeared on LatestLY on Jun 29, 2021 02:20 PM IST. For more news and updates on politics, world, sports, entertainment and lifestyle, log on to our website latestly.com).