Google-owned YouTube Music has added "Replay Mix" for several users that include their most commonly played songs from the past few weeks. 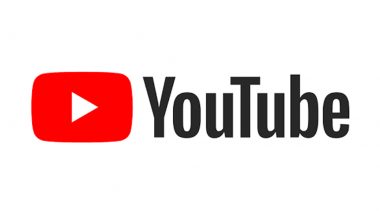 San Francisco, June 13: Google-owned YouTube Music has added "Replay Mix" for several users that include their most commonly played songs from the past few weeks.

The playlist, which currently appears ahead of My Supermix in the "Mixed for you" section of the app, features the standard record-inspired cover art in cool tones of blue, green and orange.  Headphones, Earbuds May Affect Hearing in Children, Warns Experts

Like My Supermix, it can be up to 100 songs long and of course allows for endless autoplay after you reach the end, 9To5Google reported.

Opening the playlist will show a description that says, "A mix of songs you've been listening to most in the last few weeks".

YouTube Music's new Replay Mix is directly comparable to Spotify's "On Repeat" playlist that similarly highlights tracks users might have been listening to recently.

It has been spotted by several users on Reddit over the past 24 hours, suggesting a wide rollout to Music users in multiple countries.

(The above story first appeared on LatestLY on Jun 13, 2021 08:19 PM IST. For more news and updates on politics, world, sports, entertainment and lifestyle, log on to our website latestly.com).