9/11 Attacks 18th Anniversary: From Attack on Twin Towers of World Trade Center to Pentagon, What Happened on September 11, 2001 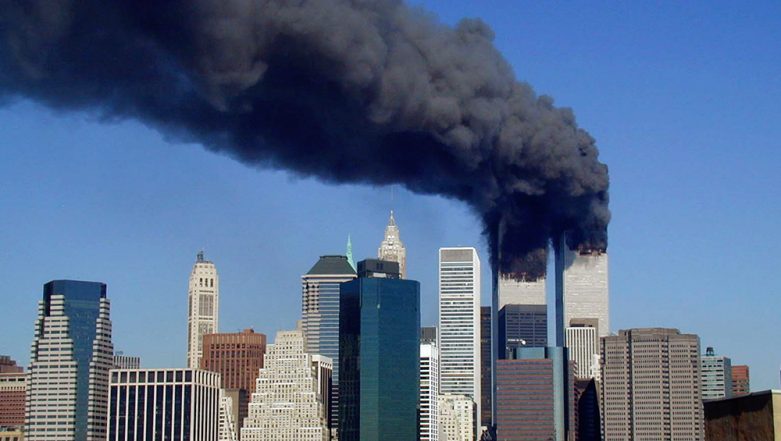 Washington DC, September 11: It's been 18 years since the 9/11 attacks took place, and the world has never been the same again, let alone the United States of America. It was on this day in 2001 that 19 militants affiliated to terrorist organisation Al-Qaeda hijacked four airplanes and attacked landmarks. The most horrifying of those images remain the two planes crashing into the twin towers of the World Trade Center in New York City. The third plane targetted the Pentagon outside Washington DC. While the fourth plane crashed in a field in Shanksville, Pennsylvania.

Close to 3,000 people were killed in the attacks and the terrorist attack came to known as 9/11. The event not only led to the US declaring its "war on terror" policy, but also became the defining legacy of George W Bush's presidency.

Later investigations revealed that the hijackers were terrorist belonging primarily to Saudi Arabia. Terrorists from other Arab nations were also involved. The name of Islamist terrorist organisation Al-Qaeda and Saudi national Osama bin Laden came to the fore. Laden was named the mastermind behind the attack.

Their motive behind the attack was said to be America’s support for Israel, the alleged support to the Persian Gulf War. It is said that the military presence of the United States of America in the Middle East was a unifying force for the terrorists to come under the same unbrella.

The 9/11 attack resulted in the death of 2,996 people. In the four attacks in US on New York, Washington DC and Pennsylvania, reports said that people from 78 countries were killed. The attacks led to a decade long "war on terror" by the US which resulted in the elimination of Osama Bin Laden in Pakistan's Abbotabad on May 2, 2011 by US forces.