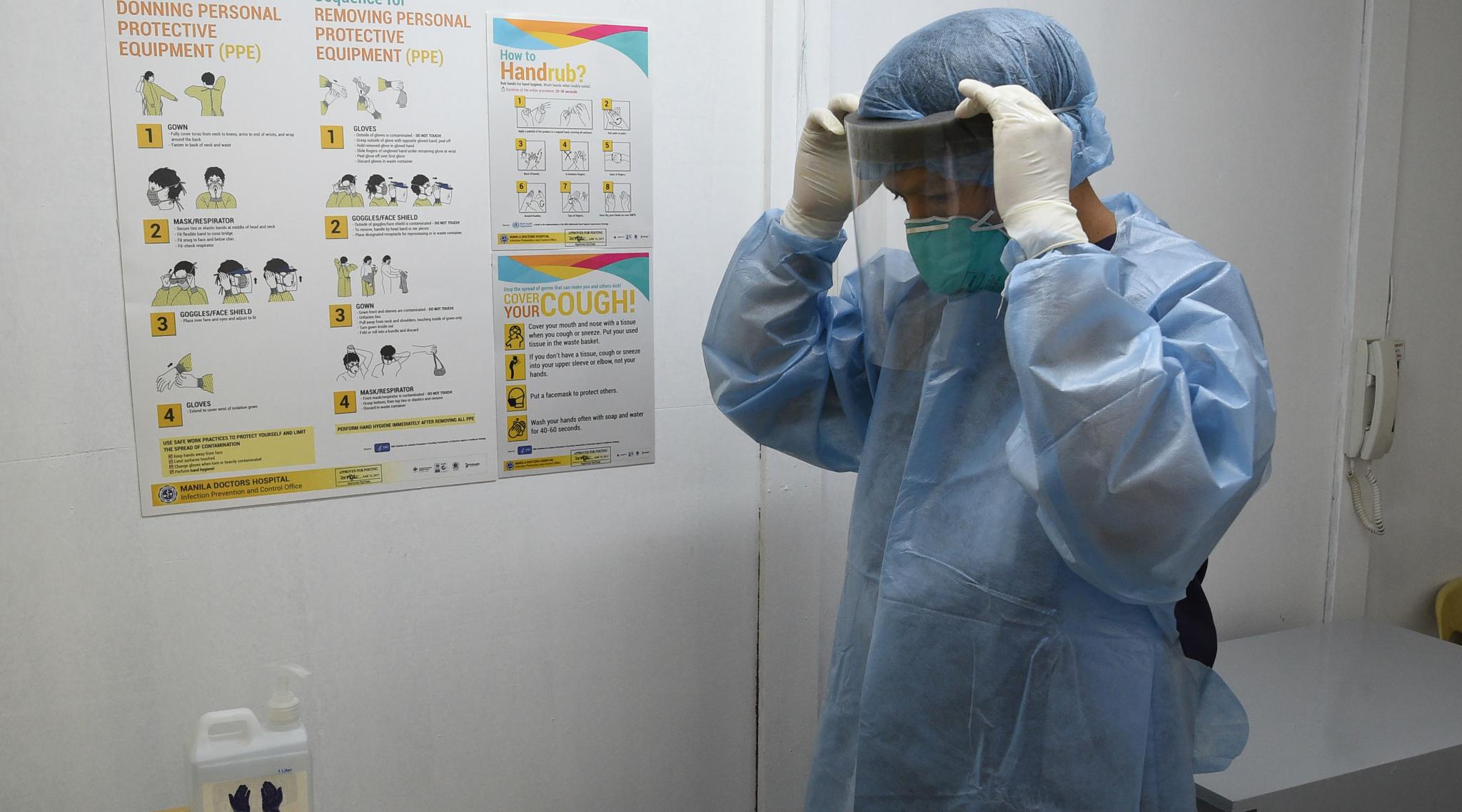 Beijing, February 17: India will send medical supplies on board a special relief plane to China's Wuhan city, the epicentre of the novel coronavirus, this week and bring back Indians as well as citizens from all neighbouring countries who are still stuck there on the return flight, the Indian Embassy said on Monday.

Indian Ambassador to China Vikram Misri said that subject to capacity, the special flight to Wuhan can take nationals from "all our neighbouring countries", besides Indians. Coronavirus: 2000 Apple iPhones Distributed For Free Among Passengers Aboard COVID-19-Hit Diamond Princess Ship in Japan, Here's Why.

"Subject to capacity limitations and space availability on the incoming aircraft, #India is also willing to facilitate nationals from all our neighbours boarding it on its return journey to #NewDelhi. Those interested are requested to contact @EOIBeijing," Misri tweeted.

GoI will send a consignment of medical supplies on a relief flight to Wuhan later this week to support China to fight the COVID-19 epidemic. On its return, the flight will have limited capacity to take on board Indians wishing to return to India from Wuhan/Hubei.(1/3) @MEAIndia

China is grappling to contain the deadly disease as the death toll climbed to 1,770 after 105 more people died, mostly in the worst-hit Hubei province, officials said on Monday. Of the new deaths, 100 were from Hubei, three in Henan, and two in Guangdong.

The Indian Embassy also announced that the Indian government will be sending a consignment of medical supplies on board a relief flight to Wuhan later this week to aid and assist China in its efforts against the COVID-19 epidemic.

“On its return, the flight will have some limited capacity to take on board Indian nationals wishing to return to India from Wuhan/Hubei Province”, it said, asking the Indian nationals to get in touch with it. Indian officials said they are in touch with the Chinese authorities to grant necessary permissions to the flight to land and take the stranded Indians. Coronavirus: China Seeking Court Approval to Kill 20,000 2019-nCoV-Infected Patients to Prevent Further Spread? Know Truth Behind Viral News.

India operated two special Air India flights on February 1 and 2 and airlifted 647 Indian nationals, mostly students, and seven Maldivian nationals. “Many Indian nationals currently in Wuhan/Hubei Province and wishing to return to India have already been in touch with @EOIBeijing in the past two weeks,” a tweet by the Indian Embassy said.

Indian officials said there are still 80 to 100 Indians still stuck in the worst-hit Wuhan and other areas of Hubei province and many of them have been making desperate pleas to the Indian government to airlift them. This includes 10 Indians who could not board the two special flights due to high body temperatures. They were expected to make it in the third flight as they reported to have recovered. India Extends Help to China to Fight Coronavirus, Sends Medical Supplies, Equipment Amid COVID-19 Outbreak.

Sri Lanka, Nepal and Bangladesh have airlifted their nationals, while 800 to 1000 Pakistanis are still held in Hubei. Those who are held up in the province were being taken care of by Chinese authorities with regular supplies for food and other essential materials. The Indian officials said the operation to earlier airlift two batches of Indians was a logistical nightmare as both Wuhan and Hubai were locked down with a ban on public and private transport.

On Sunday, Misri said in a video message that India will do everything within its means to assist the people of China to combat the deadly coronavirus outbreak and would soon send a consignment of medical supplies. Earlier, India lifted the ban and cleared some of the medical equipment ordered by the Chinese importers to meet the requirements. Coronavirus Turns People Into Zombies? Malaysia's Health Ministry Dispels 'Walking Dead' Rumour.

China said it needed medical masks, gloves and suits especially for the medical staff attending the virus-infected patients. Masks also have become scarce in China in view of the nationwide demand in the last three weeks. On February 9, Prime Minister Narendra Modi wrote to Chinese President Xi Jinping, offering India's assistance to China to deal with the coronavirus outbreak. Hubei and its capital Wuhan have become the epicentre of the virus and most of the fatalities in China have been reported from the province.