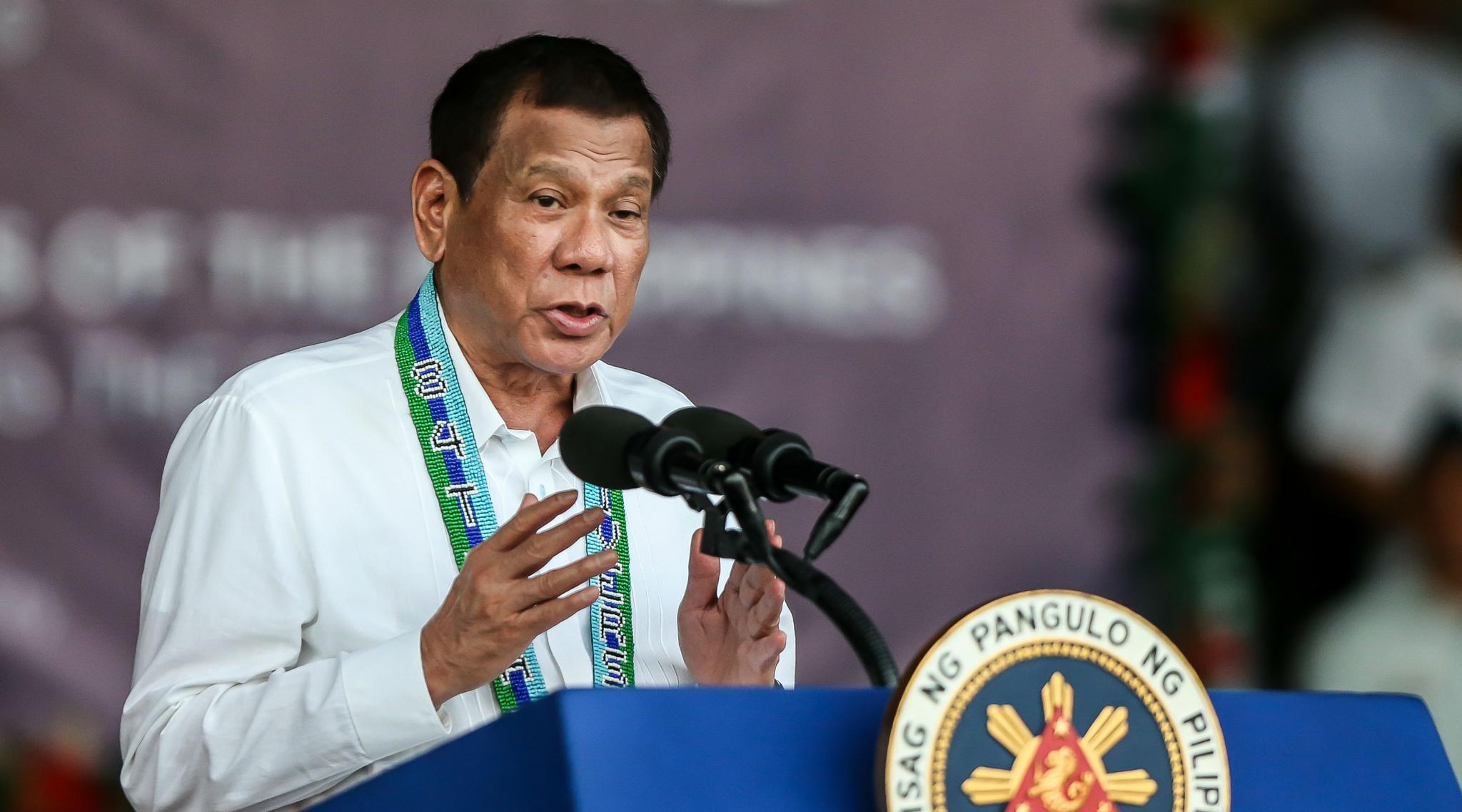 Manila, April 2: Philippines President Rodrigo Duterte has ordered police officers to shoot those who violate the strict quarantine imposed in the country over the coronavirus pandemic.

"I will not hesitate. My orders are to the police and military that if there is trouble or the situation arises that people fight and your lives are on the line, shoot them dead. Do you understand?" Efe news quoted the President as saying on Wednesday night in a televised speech. Russian President Vladimir Putin Signs Law Granting Cabinet Powers to Declare Emergency.

The closure of much of the country, including Manila, and strict quarantine and confinement regulations have prevented millions who subsist day by day in the capital's poorest neighbourhoods from finding a way to earn a living.

"Remember, you leftists: You are not the government. Do not go around causing trouble and riots because I will order you detained until this COVID (outbreak ends)," the President said.

Duterte was granted special executive powers from Congress last week to deal with the disease.

The law includes a provision of 200 billion pesos ($4 billion) to distribute among 18 million disadvantaged households in the country, where 16 percent of the population lives below the poverty line.

However, aid is blocked because the government still produces a "consolidated database" of beneficiaries.

"Just wait for the delivery even if it's delayed, it will arrive and you will not go hungry. You will not die of hunger," Duterte said.

On thursday, human rights defenders and civil groups denounced the President's remarks, which went viral on the social media, where the hashtag #OustDuterte (expel Duterte) has been trending since Wednesday night.

"We are seriously alarmed that the President's words will translate to worse and more brutal forms of human rights violations, repression, and State violence in the days to come," human rights organization Karapatan said.

Student group CEGP said one "cannot expect the people to just remain silent if their stomachs are churning," adding that the government "cannot clutch unto his fascistic and militaristic schemes because he will not win against a hunger-stricken nation filled with disgust and anger against his incompetent regime".

The Philippines has so far reported 2,311 confirmed coronavirus cases, with 96 deaths.