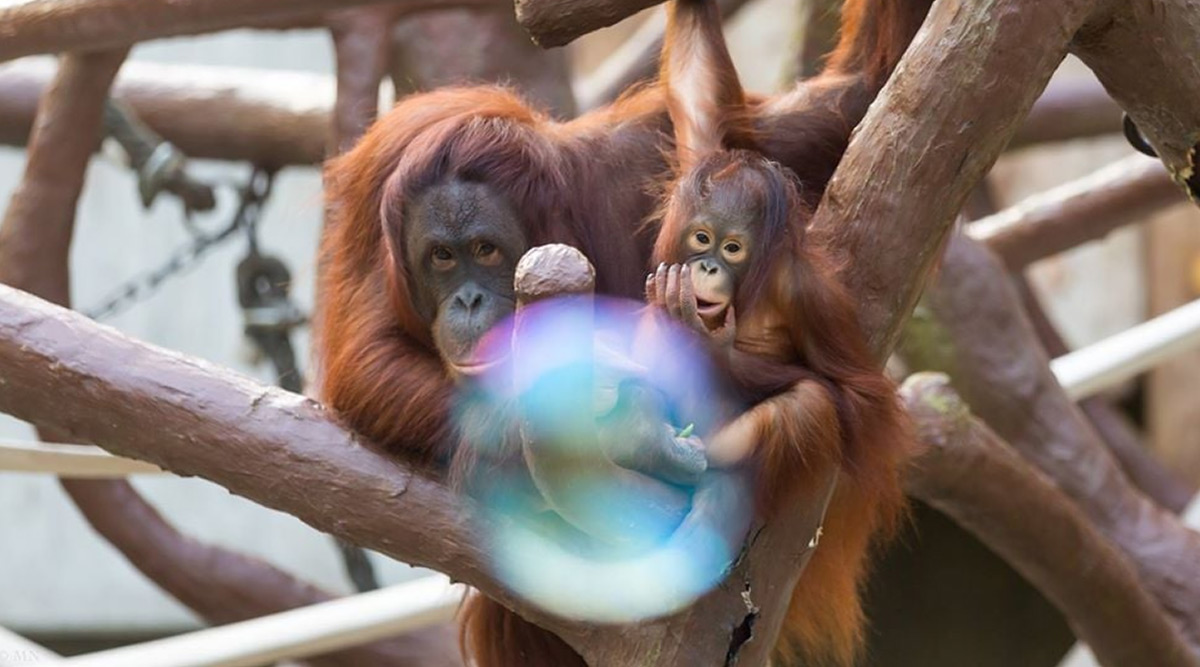 Berlin, January 1: In a tragic incident, a fire suspected to have been caused due to a flying lantern killed over 30 animals in a Germany zoo. The incident took place on new year's day 2020. The blaze engulfed the entire monkey enclosure and burnt it down, said reports. The zoo has a number of chimpanzees, orangutans, lowland gorillas and birds. The apes were a major attraction for the visitors.

The incident took place at Zoo Krefeld in Germany. Only two chimpanzees survived the fire. The two survivors are chimpanzees bally and limbo. They have sustained injuries and are now housed in two boxes in the gorilla garden. Australia Bushfires: Seven Dead, Over 200 Homes Destroyed.

The zoo authorities said that they are devastated by the incident. They also thanked people from all over for the compassion and support during this difficult time. Australian State Declares State of Emergency Over Bushfires.

"We would like to thank you on this way for the overwhelming wave of compassion and assistance that reach us on all channels," said the zoo in a heartfelt note.

Responding to the flood of messages, the zoo wrote that, "We also thank you for the solidarity in social networks. We read everything, but we can't manage to respond to it yet." Explaining the situation on ground, the Facebook post said, "At the moment, active help at the fire site is not possible, as the house is at risk of collapse and as a crime scene of brandsachmen and the crime is locked off."