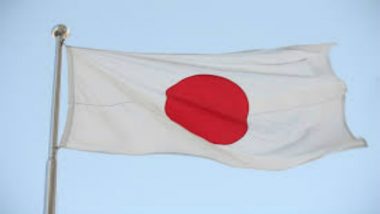 Tokyo, September 4: In a major blow to China, Japan on Friday added India, Bangladesh to its relocation subsidiary. With this move, Japanese companies will be eligible for subsidies if they shift their manufacturing out of China to Bangladesh and India. The Japanese government also said that subsidies will be given to companies for establishing their production unite to other ASEAN Countries.

The subsidies will be provided by Japan's Ministry of Economy and Trade and Industry. According to report, Japan’s supplementary budget for 2020 fiscal has been over 23 billion yen for the companies that will move production out of China to South Asian countries. Japan, China Hope to Lift Coronavirus Travel Ban Soon.

With this move, japan wants to reduce manufacturing dependency on a particular region and also wants to expand its supply chain by building a system which will be able to provide a supply of electronic and medical equipment even in emergency. Dispute Between China, Japan over Islands May Trigger New Political Tension in Asia.

According to a report published in Zee News, the first round of application was closed in June and during this round that Japanese government approved 30 manufacturing-related, including HOYA’s manufacturing of electronic components project in Vietnam and Laos. The subsidy approved is 10 billion yen. Japan is now strengthening trade and business relationships with India.

(The above story first appeared on LatestLY on Sep 04, 2020 02:48 PM IST. For more news and updates on politics, world, sports, entertainment and lifestyle, log on to our website latestly.com).