Malaysia has sent about 1,086 Myanmar nationals back to their homeland, defying a court's order and appeals from the human rights group to halt the process. Despite the Kuala Lumpur High Court earlier issuing a stay to put the deportation on hold pending a hearing on Wednesday. 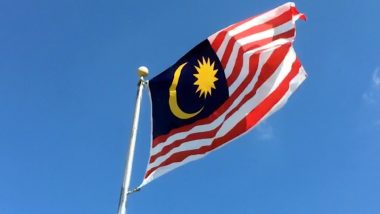 Kuala Lumpur, February 24: Malaysia has sent about 1,086 Myanmar nationals back to their homeland, defying a court's order and appeals from the human rights group to halt the process. Rights organisations say the group includes some ethnic minorities which have suffered persecution in Myanmar, the BBC reported.

They say that sending them back to Myanmar, which is in the midst of a coup, could put them at even greater risk. But Malaysia has said those being sent back committed immigration offences, and are not the asylum seekers.

"All of those returned had agreed to be sent back voluntarily without being forced by any party," Khairul Dzaimee Daud, Malaysia's Director-General of Immigration, said in a statement.

Daud added that those being repatriated did not include Rohingya refugees or asylum-seekers, echoing an earlier statement by Malaysia that it would not deport those registered with the UN High Commissioner for Refugees (UNHCR). Malaysia Detains 269 Rohingyas, Find Body in Damaged Boat.

However, authorities have blocked the UNHCR from accessing immigration detention centres in Malaysia for more than a year, according to reports - which means the UN is unable to confirm Daud's statement.

"Before sending anyone back to a situation where they could face persecution, the Malaysia government should... ensure that UNHCR has access to detention centres... so the international community can be assured that it is not sending people into harm's way," said rights group Human Rights Watch (HRW).

The UNHCR also added that at least six people registered with the organisation were among the deportees, according to an news agency report. Rights groups also said that asylum seekers from the minority Chin and Kachin communities, who are fleeing persecution, are among those being deported.

Phil Robertson, Deputy Asia Director for HRW, told the BBC that Malaysia had "sent them back into the hands of a military junta known for persecuting those who flee the country for political reasons". Robertson also called on the immigration department to "end its blockade of UNHCR".

The military took power in a coup on February 1, ousting the elected government and declaring a year-long state of emergency. Since seizing power, the military have gradually ramped up the use of force, with at least two people killed in protests. India Concerned Over Myanmar Military Coup, Asks the Neighbour Country To Uphold Democracy.

Some of the country's ethnic minorities were engaged in conflict with the military before the coup, and say they fear renewed violence now that the military is back in power. The migrants were deported on three Myanmar navy ships from a Malaysian military airbase late on Tuesday, after arriving on packed trucks and buses.

This is despite the Kuala Lumpur High Court earlier issuing a stay to put the deportation on hold pending a hearing on Wednesday. Authorities had earlier said 1,200 detainees were set to be deported - it is not clear why this number eventually decreased.

Myanmar is currently seeing some of its biggest protests in years against a military coup. Military leaders overthrew Aung San Suu Kyi's elected government and have placed her under house arrest, charging her with possessing illegal walkie-talkies and violating the country's Natural Disaster Law.

Protesters are demanding an end to the military's rule and want San Suu Kyi's release, along with senior members of her National League for Democracy (NLD) party.'

(The above story first appeared on LatestLY on Feb 24, 2021 12:16 PM IST. For more news and updates on politics, world, sports, entertainment and lifestyle, log on to our website latestly.com).