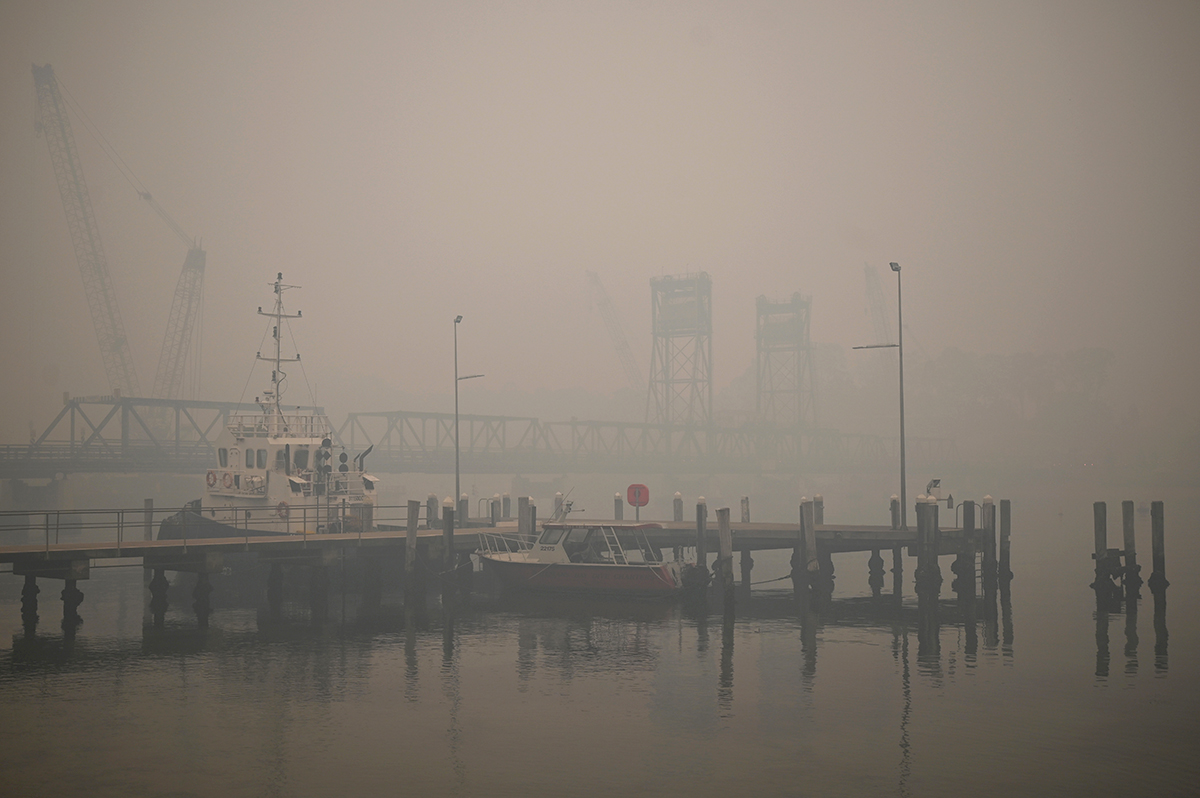 Wellington, January 5: Smoke from Australia's bushfires drifting over to New Zealand caused a flood of emergency calls on Sunday as people reported a thick orange haze hovering over Auckland.

In recent days the smoke had covered much of the South Island, making usually pristine white glaciers appear brown. It has now moved north and blanketed much of the top half of the North Island, home to around two million people. 'This Isn't a Bushfire, It's an Atomic Bomb', Says Australian Minister Andrew Constance as Military Deployed to Combat Raging Fire.

As the skies turned "scary", the public were urged by police "not to call the 111 emergency number to report the orange haze in the sky caused by the Australian bush fires". "We are currently receiving high numbers of calls related to this," police said.

Scientists say the reddish colour is caused by the smoke making blue light less visible. Social media was filled with photos and videos of the orange haze as one woman, identified as Namita, described the scene on Twitter as "eerie and scary". Forecaster Weatherwatch.co.nz said the sky changed dramatically in the early afternoon.

"The skies, which were already fairly overcast, turned a dramatic orange and darkened significantly," WeatherWatch said. "The gloomy weather is likely to continue for the rest of Sunday with this next main plume moving through and thickening over Sunday afternoon."