New Zealand on Thursday launched a new Ministry for Ethnic Communities in a move to strengthen ethnic affairs following the March 15 terrorist attack on two Christchurch mosques in 2019, a top Minister said here. 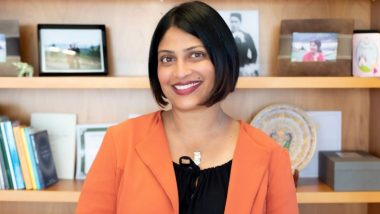 "This is the first time in its history that New Zealand has had a Ministry and Chief Executive solely focused on improving outcomes for our ethnic communities, which make up nearly 20 percent of our population," Minister for Diversity, Inclusion and Ethnic Communities Priyanca Radhakrishnan said while addressing the launc ceremony. Priyanca Radhakrishnan, Native of Kerala, Becomes The First Indian to Be Sworn in As Minister in New Zealand PM Jacinda Ardern's Cabinet.

The government wants to ensure that "New Zealand is a place where everyone feels safe, valued, heard, and has a sense of belonging", Radhakrishnan said.

New Zealand's diversity is a source of strength and "we must ensure we take steps to become even more inclusive so that diversity can thrive", she said.

The government committed to establishing the new Ministry last December, as part of its response to the recommendations of the Royal Commission of Inquiry into the terrorist attack on Christchurch mosques on March 15, 2019, according to the Minister.

The Ministry will continue to deliver the functions of the Office of Ethnic Communities, but will also look to build additional functions and influence across the public sector, she said.

"Many from our diverse ethnic communities have been calling for a Ministry for some time now," said Radhakrishnan.

There is a lot more needed to do to tackle the challenges many are facing in the labour market, education and health sectors and when accessing government services, she said.

"Some have also raised the need to address the discrimination that has led to the under-representation of these communities at various levels of leadership," she added.

(The above story first appeared on LatestLY on Jul 01, 2021 05:42 PM IST. For more news and updates on politics, world, sports, entertainment and lifestyle, log on to our website latestly.com).