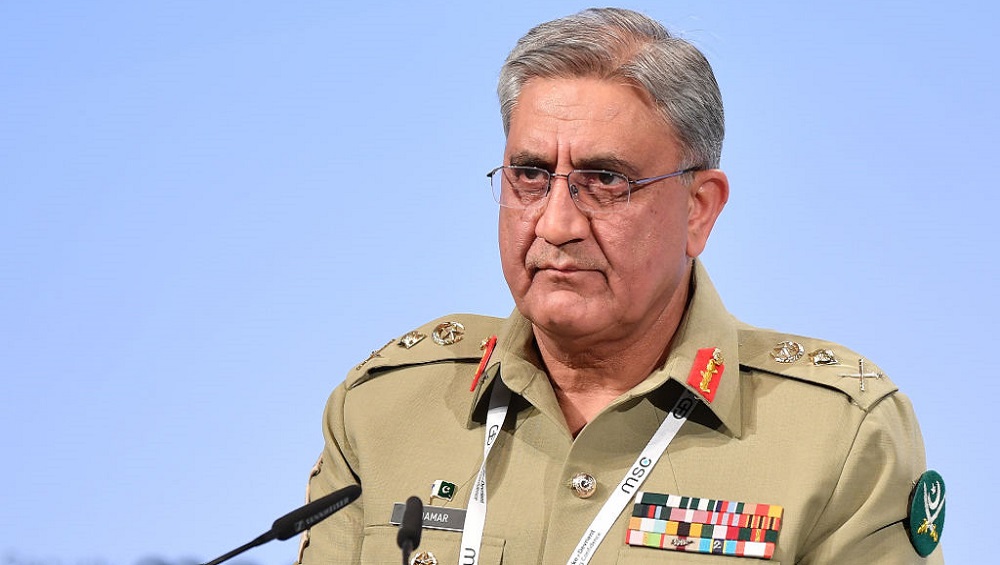 Islamabad, January 2: Pakistan government is expected to present an amendment bill in the Parliament on Friday in order to validate the three-year extension to Army Chief General Qamar Javed Bajwa. The country's Supreme Court in December had asserted that the country's Army Act lacks clauses to justify Bajwa's extension and ordered the government to legislate on the Pakistan Army chief's extension/reappointment.

Prime Minister Imran Khan on Wednesday headed a cabinet meeting to approve proposed amendments to the Constitution and the Army Act, Dawn reported. The government will also introduce the amendment bill in Parliament on Friday after building a consensus with the opposition on the matter. Pakistan: General Qamar Javed Bajwa to Remain Army Chief for Another 3 Years.

Bajwa is turning 60 this year.A cabinet member who attended Wednesday's meeting said that the amendments called to extend the maximum age limit of army chief to be 64 years in case of extension.

However, the regular age limit of the Chief of Army staff will be 60 years. Moreover, it will be the decision of the prime minister whether an extension should be given.Prime Minister Khan had extended Bajwa's tenure for another three years on August 19, 2019.

The extension was then challenged on the grounds that it is offensive to Article 243(4)(b) of the Constitution. The case was initially filed by the Jurists' Foundation but after it asked to withdraw the case, the court decided to take it up against itself.

During the hearing, the court explored the scope of Article 243 of the Constitution, and the Pakistan Army Act, 1952.On November 28, the court extended Bajwa's tenure by six months and ordered the government to make a law regulating such appointments. The detailed 43-page written verdict in the case was released on December 16.

The judgement stated that the matter is being handed over to parliament in order to avoid such mistakes in the future. It also urged parliament to assign a tenure for the post of the army chief.It added that the federal government had included the word, extension, during the hearing held on November 26, however, the legislation was incorrect as it did not mention the details of the army chief's period of services and retirement age. The court while announcing the order had given six months to the government for the legislation on the matter from parliament.