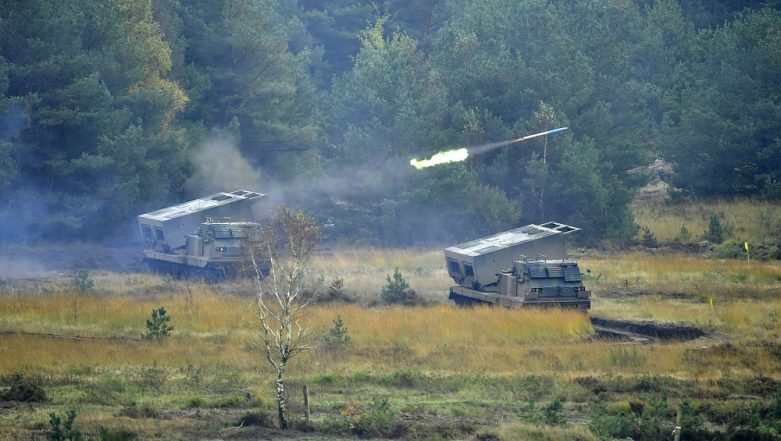 Kabul, May 5: Afghan on Saturday summoned Pakistan's deputy ambassador to Afghanistan to condemn recent "violation" of Kabul airspace by Pakistan Army and for "launching rockets" that caused casualties.

"Ministry of Foreign Affairs of the Islamic Republic of Afghanistan summoned the Charge d'affaires of the Pakistani embassy in Kabul and condemned the attack on the two countries' soldiers," Khamma Press quoted a spokesperson of Afghan's Foreign military as saying. Afghanistan Complains Against Pakistan at UN Security Council for Inviting Taliban.

"Explaining the immediate measures of Afghanistan's Security Forces against anti government elements active on both sides of the Durand line, the Ministry of Foreign Affairs of Afghanistan also condemned Pakistani forces' violation of Afghanistan Airspace and launching rockets that caused material and bodily harm," he added.

This comes days after the Afghanistan army announced that four officials were killed and five others suffered injuries. The official also claimed that many houses have also been damaged.