Richest Woman in The World: MacKenzie Bezos to Get The Title After Divorce With Amazon CEO Jeff Bezos? 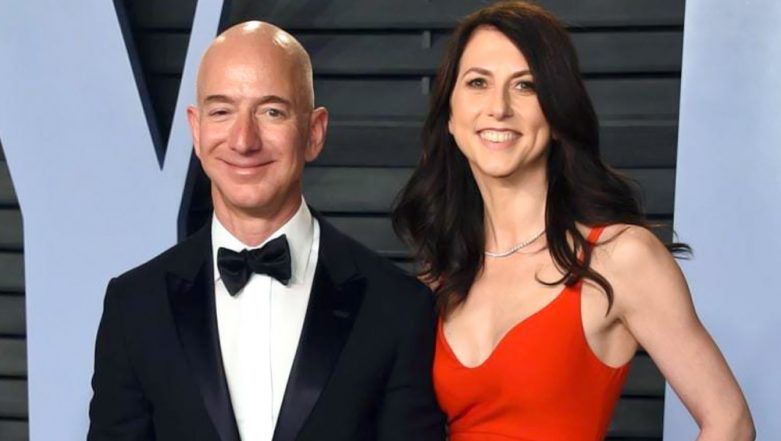 Amazon founder Jeff Bezos announced his divorce from his wife MacKenzie Bezos after a long trial. The result of the separation will favour the wife as the wealth will get equally divided, making her the world's richest woman! Nothing has been said in public about how the couple's assets will be divided but the couple doesn't have a prenuptial agreement, which means all the stakes will be divided equally. And if that's the way how things go, then the author wife of the richest man in the world will gain the tag of the richest woman soon. Jeff Bezos is dating former news anchor Lauren Sanchez. Amazon Founder Jeff Bezos, Wife MacKenzie To Divorce After 25 Years of Marriage.

The Washington state law says that unless there is a prenuptial agreement, property acquired during marriage has to be equally divided in the event of a divorce. Since the couple is based in the community property state of Washington, there will most likely be an equal division, which also includes their corporate shares. According to the Bloomberg Billionaires Index, Jeff Bezos has $137.2 billion. Bezos has 16% share in Amazon.com and the couple is most likely to settle their divorce proceedings privately than litigate in court. With the equal divide, MacKenzie will receive about $69 billion. Lauren Sanchez is Dating Jeff Bezos! Know All About The Former News Anchor Who Is Romancing Amazon CEO (See Pictures).

MacKenzie Bezos is a novelist and when she married Jeff, there was no Amazon.com. Jeff started his project of Amazon bookstore shortly after their marriage. Jeff has also credited his wife many times and in an amicable note that they put out to announce their divorce, they even wrote, "If we had known we would separate after 25 years, we would do it all again." She played a crucial role in starting Amazon.com, from its beginning in a garage space to it becoming the most valuable company in Wall Street.

Who is currently the richest woman in the world?

Françoise Bettencourt Meyers, granddaughter of the founder of cosmetics manufacturer L’Oreal SA is the richest woman in the world with a net worth of $45.6 billion.