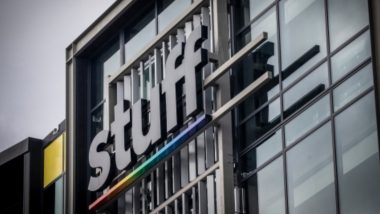 Nine said that Stuff chief executive Sinead Boucher would take over the company, which operates New Zealand's most popular news website, stuff.co.nz, and titles such as Wellington's Dominion Post and the Christchurch Press.

"The sale of Stuff is expected to (be) complete by May 31," Nine said in a statement to the Australian stock exchange.

Boucher, who joined the Press as a reporter in 1993 and has spent most of her career at the company, said it was "a new era" for Stuff.

"It is great to take control of our own future with the move to local ownership and the opportunity to build further on the trust of New Zealanders, who turn to us for local and national news and entertainment every day," she told stuff.co.nz.

The one-dollar price reflects the difficulties in New Zealand's media sector, where COVID-19's impact has slashed revenues already eroded by global internet giants such as Facebook and Google.

Stuff's main domestic rival, NZME, had its own one-dollar bid for the company rejected earlier this month.

Stuff and NZME have both asked staff to take pay cuts due to the virus-induced downturn, with NZME cutting 200 jobs.

Shares in Nine, which had been rumoured to be keen on offloading its New Zealand assets for more than a year, were up 2.9 percent at Aus$1.41 in early trading on the ASX.

(The above story first appeared on LatestLY on May 25, 2020 05:04 PM IST. For more news and updates on politics, world, sports, entertainment and lifestyle, log on to our website latestly.com).