Dmitry Polyanskiy, Russia's First Deputy Permanent Representative to the UN, announced that has been blocked by Twitter. 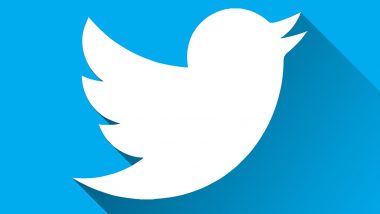 United Nations, March 19: Dmitry Polyanskiy, Russia's First Deputy Permanent Representative to the UN, announced that has been blocked by Twitter. "I just wanted to announce that my Twitter was blocked today. And I received a message from the client service saying that I'm violating the rules of Twitter and I'm engaged in abuse and harassment," Polyanskiy told reporters after a Security Council meeting on Friday.

Polyanskiy read out the tweet in question: "That's how fake news is born. We warned in our statement back on 7 March that the hospital in Mariupol has been turned into a military object by radicals. Very disturbing that you help spread this information without verification," Xinhua news agency reported. Madras High Court Refuses To Discharge Twitter From Defamation Case Filed by Film Director Susi Ganesan.

"That was my tweet. So it's abuse and harassment according to Twitter," he said. "This is very deplorable. And this clearly illustrates how much alternative view and free press and free information is valued by Twitter and in this country."

Russia's Permanent Representative to the UN, Vassily Nebenzia, told reporters that "this is a new interpretation of the word harassment as well". Polyanskiy's last tweet was seen at 11:17 p.m. on Thursday.

(The above story first appeared on LatestLY on Mar 19, 2022 06:26 PM IST. For more news and updates on politics, world, sports, entertainment and lifestyle, log on to our website latestly.com).