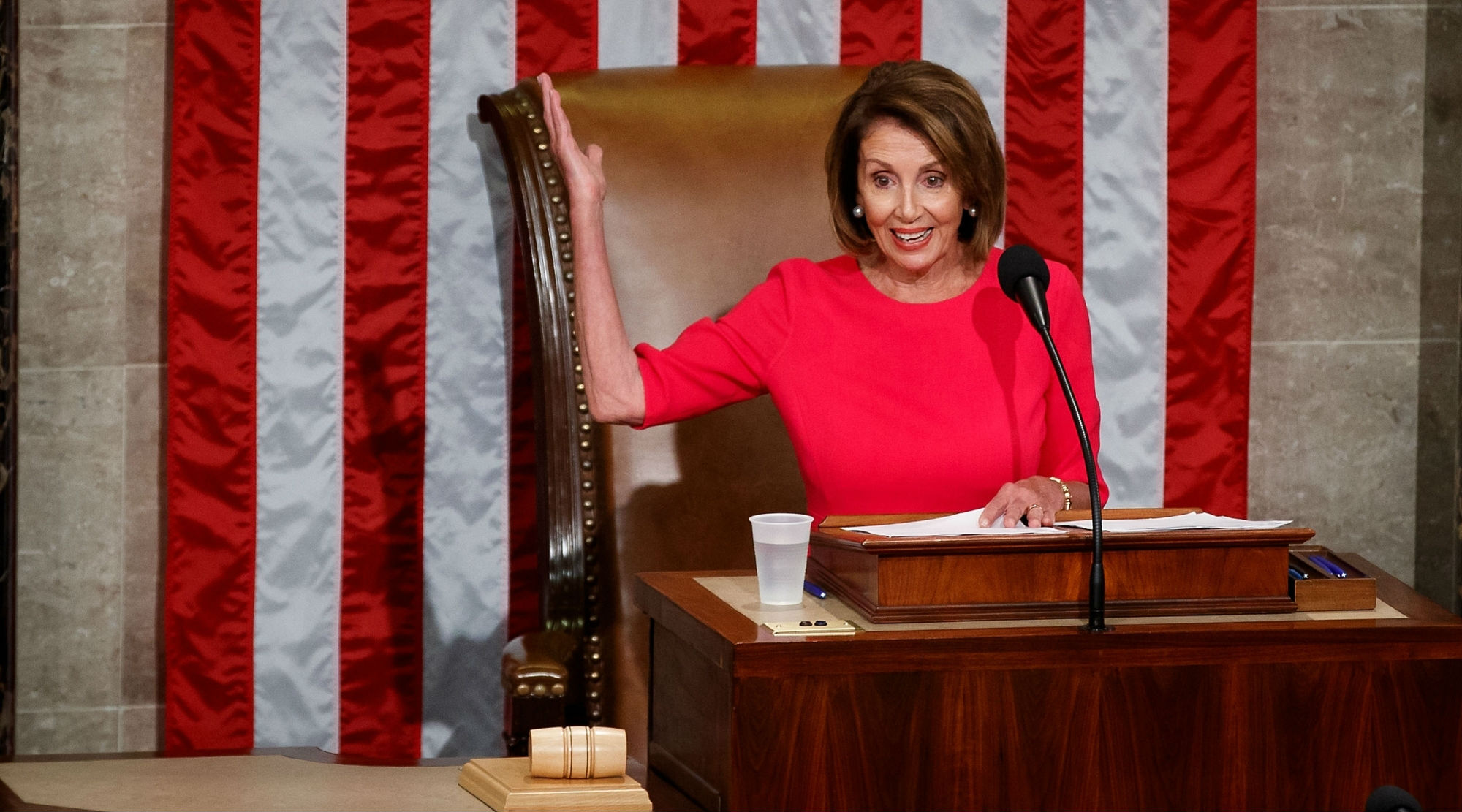 Washington, September 25: US House Speaker Nancy Pelosi announced the initiation of a formal impeachment inquiry against President Donald Trump over the latter's controversial phone call with the Ukrainian president. Donald Trump Expresses Confidence on PM Narendra Modi When Asked Over Imran Khan's Statement on Al-Qaeda and Terrorism, Says 'PM Modi Will Take Care of it'.

"Today, I'm announcing the House of Representatives is moving forward with an official impeachment inquiry," said the Democratic congresswoman from California in a speech on Tuesday, after she concluded a closed-door meeting with the House Democratic Caucus, Xinhua news agency reported.

Citing Trump's admission this week that he talked about Democratic presidential candidate Joe Biden during the July 25 phone call with Ukrainian President Volodymyr Zelensky, Pelosi said "the actions of the Trump presidency revealed the dishonourable fact of the president's betrayal of his oath of office, betrayal of our national security, and betrayal of the integrity of our elections."

Pelosi said she will direct six House committees to proceed with their investigations into Trump "under that umbrella of impeachment inquiry." "The president must be held accountable. No one is above the law," she said.

Trump responded immediately to Pelosi's announcement, taking to Twitter and calling the inquiry "a presidential harassment." The president said the Democrats "never even saw the transcript of the call," adding their decision to impeach him is "a total Witch Hunt!" Earlier on Tuesday, Trump said he authorized the release of the full transcript of the phone call between him and his Ukrainian counterpart.

The president Trump tweeted from New York, where he was attending the United Nations General Assembly session, that he has "authorized the release tomorrow of the complete, fully declassified and unredacted transcript" of the phone call. "You will see it was a very friendly and totally appropriate call," he added.

The presidential conversation between Washington and Kiev is at the centre of a whistleblower complaint filed in mid-August by an unidentified intelligence official, alleging that Trump interacted inappropriately with a foreign leader and made an unspecified "promise."

Senate Minority Leader Chuck Schumer, Democrat from New York, said Tuesday his chamber voted unanimously in support of the content of the whistleblower complaint being provided to Congress.

"The Senate by unanimous consent passed my resolution calling for the whistleblower complaint to be provided to Congress as required by law," Schumer tweeted. "That means every GOP Senator supports the whistleblower report being immediately provided to the Senate and House Intel Committees," he added. Acting Director of National Intelligence Joseph Maguire has been withholding the material from congressional committees investigating the scandal.

The Hill, in a Monday report, cited a congressional official as saying Maguire and Michael Atkinson -- inspector general of the intelligence community with which the complaint was filed -- are both expected to testify before the Senate Intelligence Committee later this week. Narendra Modi-Donald Trump Bilateral Meeting Concludes, Petronet LNG Signs MoU Worth US $2.5 Billion Investment in Energy Sector.

Maguire is scheduled to appear before the House Intelligence Committee on Thursday, the report added. On the other side of the aisle, Republicans in both chambers denounced Pelosi's announcement. House Minority Leader Kevin McCarthy called on the Democrats to "put the public before politics."

"Speaker Pelosi happens to be the speaker of this House but she does not speak for America when it comes to this issue. She cannot decide unilaterally what happens here," McCarthy told reporters Tuesday. "They have been investigating this President before he even got elected," he added, referring to the Democrats. Senate Majority Leader Mitch McConnell, for his part, called the impeachment inquiry a "rush to judgment" by "Washington Democrats."

"This rush to judgment comes just a few hours after President Trump offered to release the details of his phone conversation with President Zelensky," the Republican from Kentucky said in a statement. "It comes despite the fact that committee-level proceedings are already underway to address the whistleblower allegation through a fair, bipartisan, and regular process." Donald Trump Offers to Mediate Between India and Pakistan on Kashmir Issue Yet Again, US President Reiterates His Stand Day After Calling PM Narendra Modi's Speech 'Very Aggressive'; Watch Video.

In an attempt to contain the fallout of the scandal, McConnell said Monday that lawmakers should handle the issue through bipartisan cooperation. "I believe it's extremely important that their work be handled in a secure setting with adequate protections in a bipartisan fashion, and based on facts rather than leaks to the press," he said.