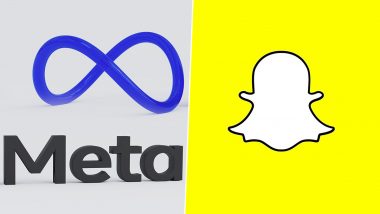 The lawsuit alleges that her death was caused by the potentially dangerous features of the platforms, the report said.

The case comes amid growing fears over the impact of social media on children, it added. Mother of Infant Sues US Govt, After Her Infant in Detention, Dies Weeks Later.

According to a statement from the Social Media Victims Law Center (SMVLC), which filed the suit in California on behalf of Selena's mother, Tammy - the young girl suffered from an "extreme" addiction to Instagram and Snapchat. United States: Connecticut Woman Sues Instagram's Parent Company Meta And Snap Inc Over Daughter's Suicide.

Rodriguez confiscated her daughter's devices on multiple occasions, only to have her run away to use social media, according to the SMVLC.

"One outpatient therapist who evaluated Selena remarked that she had never seen a patient as addicted to social media," it added.

Before her suicide on July 21, 2021, Selena had allegedly suffered from sleep deprivation and depression for months, particularly after the Covid-19 pandemic began and she spent more time on social media.

Additionally, the lawsuit alleges that Selena was repeatedly solicited for sexually exploitative content, which she ultimately shared.

The images were then leaked and shared by her classmates, leading to a deterioration of her mental state and eventually to her suicide.

The lawsuit, which was filed in a federal courtroom in California on Friday, alleges that both social media giants "knowingly and purposefully" designed and marketed products that were harmful to a "significant" number of their underage users.

In a statement sent to the BBC, a Snap spokesperson said the company was "devastated" to hear of Selena's death, although it declined to comment on the lawsuit specifically.

Meta, the parent company of Facebook, did not immediately respond to a request for comment from the BBC.

(The above story first appeared on LatestLY on Jan 24, 2022 09:48 AM IST. For more news and updates on politics, world, sports, entertainment and lifestyle, log on to our website latestly.com).