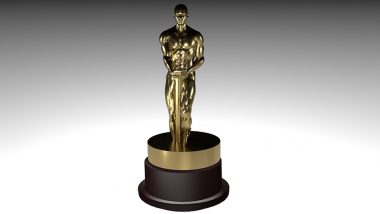 The 95th Oscars will be held on March 12, 2023, the Academy of Motion Picture Arts and Sciences and ABC announced on Friday. According to Variety, the Academy Awards will be held in March for the second year in a row, with the previous year's presentation taking place on March 27. The 95th Oscars will air live on ABC from Hollywood's Dolby Theatre in more than 200 territories worldwide. Zack Snyder Fans Rig Oscars 2022 ‘Fan Favourite’ And ‘Cheer Moment’ Awards With Automated Bots – Reports.

The submission deadline for general entry categories for the 2023 Academy Awards is November 15. On December 12, preliminary voting will commence, and the shortlists will be announced on December 21. The eligibility period will end on December 31, and nominees will be voted on between January 12 and January 17, 2023. The nominees will be announced on January 24, 2023, and the final vote will take place between March 2 and March 7, 2023, as per Variety.

Hollywood is still recovering from the 2022 Academy Awards, which may have been the most controversial to date in light of Will Smith memorably slapping Chris Rock on stage before winning best actor for his role in King Richard just seconds later. Oscars 2022 Full Winners List: From CODA, Dune to Encanto; Check Out All Big Victors From the 94th Academy Awards!

Here are the key dates for the 2022 Oscar season

Will Smith has recently resigned from the Academy, which has additionally banned the actor from attending its events for 10 years.