On actor-singer Shehnaaz Gill's 28th birthday on Thursday, her brother Shehbaz Badesha shared a beautiful post on social media. He posted a video featuring lots of fun moments from the time he spent inside the 'Bigg Boss 13' house with his sister. 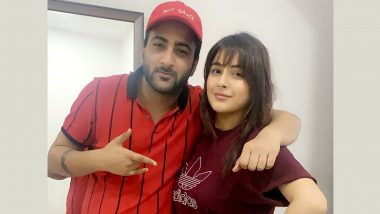 In the caption, he wrote, "Happy birthday my sister. without u i can proudly say that i am nothing. Love u bless u always rabb kre meri v umar tainu lage @shehnaazgill." Fans flooded the post with love-filled comments.

Shehnaaz will also be paying a tribute to her late close friend Sidharth Shukla in the upcoming finale of 'Bigg Boss 15'.