1917 star George Mackay, Kelly Macdonald of Line of Duty fame, and Hugh Bonneville, known for Downton Abbey, have come on board the Netflix thriller feature I Came By. 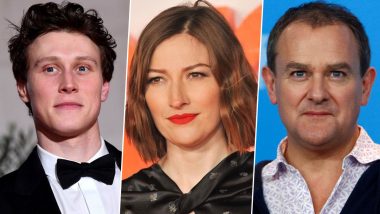 1917 star George Mackay, Kelly Macdonald of Line of Duty fame, and Hugh Bonneville, known for Downton Abbey, have come on board the Netflix thriller feature I Came By. The London-set neo-noir movie will be directed by BAFTA winner Babak Anvari, reported Deadline. "I Came By" follows a rebellious young graffiti artist who targets the homes of the wealthy elite but discovers a shocking secret that leads him on a journey endangering himself and those closest to him. We Have a Ghost: Anthony Mackie, David Harbour to Lead Netflix’s Upcoming Family Adventure Film.

"The Innocents" actor Percelle Ascott and "Hard Sun" breakout Varada Sethu also round out the cast of the film. Anvari will also write the film following his well-received debut with the Persian-language "Under The Shadow" and his English debut in the psychological horror "Wounds", starring Dakota Johnson. Namsi Khan, known for "His Dark Materials", will serve as co-writer on the film. Meghan Markle and Prince Harry Team Up With Netflix For Second Project; An Animated Series Titled ‘Pearl’.

Kit Fraser, who shot Anvari's "Under The Shadow", will serve as cinematographer on the filmmaker's new project. Lucan Toh will produce "I Came By" for Two and Two Pictures. The film will shoot on location in the UK and will be released on Netflix in 2022.